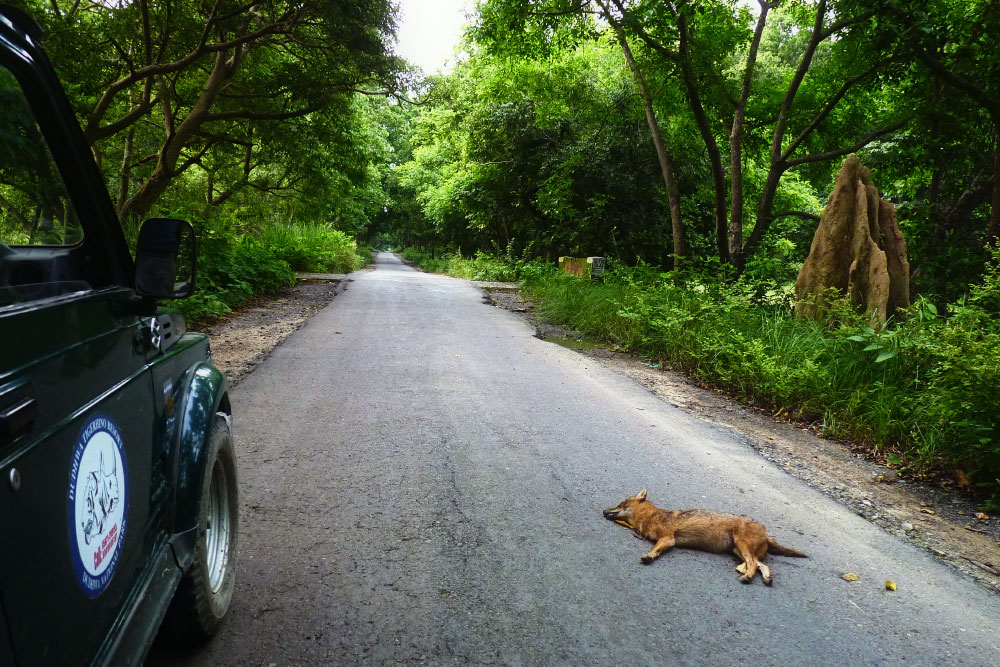 The panel also points out that green cover is being increased just to meet targets and without considering soil, weather conditions

The Green India Mission, aimed at “protecting, restoring and enhancing India’s diminishing forest cover and responding to climate change”, is grossly underfunded, according to a Parliamentary committee report.

“The scheme is proposed for 10 years with an outlay of Rs 60,000 crore. During 2017-18, Rs 47.8 crore has been allocated for the scheme which is grossly insufficient as the committed liability for 2015-16 and 2016-17 is Rs 89.53 crore which is much more than the budget allocated,” says the report titled ‘Performance of the National Action Plan on Climate Change (NAPCC) pertaining to Ministry of Environment, Forest & Climate Change’.

The panel also raises concerns about the targets set by GIM, one of the eight missions launched under the National Action Plan on Climate Change (NAPCC), on India’s Intended Nationally Determined Contribution (NDC) submitted to the United Nations Framework Convention on Climate Change.

According to the NDC, India has a target to sequester 2.523 billion tonnes of carbon by 2020-30. “Our current forest cover is 75 million hectare and to meet our target of carbon sequestration, 30 million hectares of additional land would be required for forests.

The mission document does not mention from where will this land be arranged. As noted before, till 2016-17, afforestation programme was targeted to cover only 51,387 hectare, which is a tiny proportion of what is needed,” the report says.

GIM’s launch was supposed to coincide with the starting of the 12th five-year plan in 2012. But, owing to financial delays the mission was finally launched in 2015.

The objective of the mission is to increase green cover to the extent of 5 million hectares (mha) and improve quality of existing green cover on another 5 mha, improve eco-system services like carbon sequestration, hydrological services and biodiversity and provisioning services like fuel, fodder, and timber and non-timber forest produces (NTFPs). It also has to increase forest-based livelihood income for about 3 million households.

The committee also points out that the afforestation done under the mission was only aimed at increasing tree count without considering the soil and weather conditions. “Trees like eucalyptus were planted which make environmental problems worse rather than solving it. Planting of unsuitable trees may cause drought, and prevent biodiversity in the regions,” the report says.

The report also makes a distinction between plantations and forests and how the former cannot replace the latter. “Though plantation activity is aimed at increasing green cover, they cannot replace actual forest cover. Forest has plants and trees of numerous varieties and sizes and shapes. Forests grow naturally and according to climate conditions existing in the area,” it says.

“Plantations only have value in terms of timber, the other ecological services provided by a forest like prevention of soil erosion, promoting biodiversity, providing livelihood etc are not there at all. In fact, we have observed here in Jharkhand that in plantations there is no resident wildlife, they are practically like vacant plots when it comes to wildlife and biodiversity,” says Raza Kazmi, a Jharkhand-based conservationist.

India, as a nation, is on the cusp of change. A demographic dividend that will stay in place till at least 2040 means that the country will need to find employment as well as grow food for its huge population. What that means for India’s forests and the wildlife that inhabits them will be a matter of great concern. In fact, such an impact is already being felt.

Through this weekly feature, Down To Earth hopes to offer its readers a window to study this very impact. We will give our readers the latest news from the world of forests/botany and wildlife/zoology emanating from the 29 states and 7 union territories.

A survey that has been going on in the Asola Bhatti Sanctuary in Delhi since 2014, has revealed that the population of golden jackals (Canis aureus) has nearly doubled, according to media reports. The census was started by the Bombay Natural History Society as well as the authorities to see which parts of the sanctuary could be improved. In the nearly five years since then, the population of golden jackals has increased from 8 to 19. Species like the Striped Hyena and the Common Leopard have also been sighted. The surveyors say the rise in jackal number could mean an improvement in habitat in the sanctuary.

A new species of snake has been discovered in Arunachal Pradesh, a newspaper report says. The Crying Keelback (Hebius lacrima) was found in Arunachal Pradesh’s Lepa Rada by Guwahati-based reptile expert Jayaditya Purkayastha and Patrick David of the Paris-based National Museum of Natural History. Their research has been recently published in the scientific journal Zootaxa. The Crying Keelback is named for the mark below its eyes, that gives the illusion that it is crying. There are 3,709 species of snakes globally. The genus Hebius is represented by 44 species worldwide out of which six species are from Northeast India.

India and Nepal to sign transboundary agreement for conserving tigers, rhinos and elephants

Before India’s general elections start in the summer, the country is expected to sign a Memorandum of Understanding (MoU) with its neighbour Nepal for cooperation on conserving species like tigers, rhinos and elephants, says a report on an environmental website. The Indo-Nepalese border stretches over 1,850 kilometres and touches the states of Sikkim, West Bengal, Bihar, Uttar Pradesh and Uttarakhand. People and animals move freely across the border. For instance, the Valmiki Tiger Reserve in Bihar lies adjacent to the Chitwan National Park in Nepal while the Dudhwa Tiger Reserve in Uttar Pradesh shares space with the Shukla Phanta National Park in Nepal.

Researchers from the University of Delhi have discovered a new frog species in a roadside puddle in Kerala as per media reports. The research has been published in the journal Scientific Reports. The new species belongs to the family of narrow-mouthed frogs (Microhylidae) and was found to be under an entirely new genus, called Mysticellus. The genus was named after the Latin word mysticus meaning ‘mysterious’, owing to their secretive lifestyle, and ellus meaning ‘tiny’ referring to the small size of these frogs, which are only 2.3-2.9 cm long.  The researchers named the frog Mysticellus franki after evolutionary biologist Prof Franky Bossuyt from Vrije Universiteit Brussel, for his contributions to the study of Indian amphibians. The new frog is currently known from a single locality in Wayanad district in Kerala.

The number of wild Asiatic Water Buffaloes (Bubalus arnee) has increased in the district of Gadchiroli in eastern Maharashtra, which borders Chhattisgarh, says a report in a daily newspaper. The animals are found in the Kolamarka Conservation Reserve located in Gadchiroli’s Aheri taluka. The reserve, with an area of 180.72 sq km, was declared a Protected Area in 2013. A media report has quoted senior forest department officials as saying that the numbers of wild buffaloes and calves in Kolamarka had increased from around 16 and 22 in 2015 and 2016 respectively to 30 in 2017. In 2018, the area had around 35 of these animals. A fresh count will be undertaken later this year. The officials attributed the increase to better protection measures, habitat development strategies and involvement of local communities. 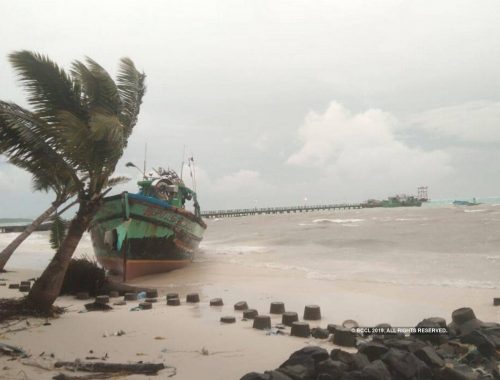 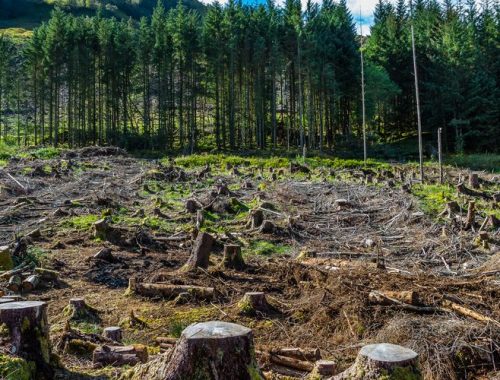 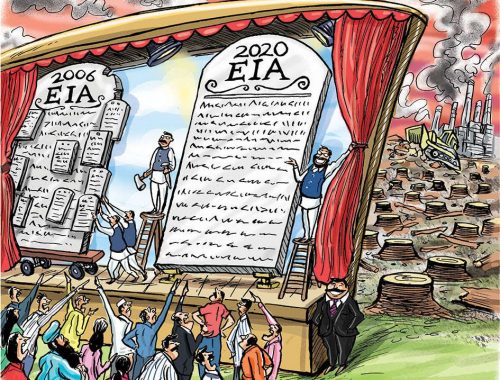