Kullu based GB Pant Institute of Himalayan Environment and Development based in Himachal Pardesh has
conducted a study on ‘Population Ecology of the Endangered Himalayan Yew, in Khokhan Wildlife Sanctuary (Khokhan WLS) of
North western Himalaya for conservation management.
Yew is an endangered native high value medicinal plant of the Himalayan region. The several medicinal properties of the bark
and leaves of this species have increased its risk of extinction due to pressures for utilization. The species does not regenerate
from seed which is another risk factor. Six forest communities where the species is present were sampled in the study, which
revealed that abundance of the species, impacts of harvesting and its current regeneration patterns indicate that it may soon
be disappear from the Sanctuary. A plan for conservation the remaining sub-population was also presented in the study, which
could provide a template for conservation in other locations where this species is at risk.
The objective of the research were to assess the status of Himalayan yew in the Khokhan WLS to provide factors responsible
for depletion of the population and develop a strategy for conservation of the species in the sanctuary.
Khokhan WLS is located in the Kullu district in North West Himalaya. Globally , the yew is primarily valued for the medicinal
properties of taxol. As per dictionary meaning, a compound, originally obtained from the bark of the yew tree, which has been
found to inhibit the growth of certain cancers. Its anti-cancerous properties were first reported in 1964. In India, the
conservation community became concerned that increased utilisation of Himalayan yew made it more vulnerable. The tree is
also a source of drug Zarnab, which is frequently used in the Unani system of medicine. The extract derived from the bark and
leaves is used to cure bronchitis, asthma, acute headache, cough &cold and poisonous insect bites and is also used as
aphrodisiac.
5/11/2019 Endangered Himalayan yew, high value medicinal plant of Himalaya, on the brink of extinction – Times of India
https://timesofindia.indiatimes.com/india/endangered-himalayan-yew-high-value-medicinal-plant-of-himalaya-on-the-brink-of-extinction/articleshowprint/69250275.cms 2/2
Besides from its medicinal use, yew wood has value as an extremely hard and durable wood product. In East-Anglia and India,
yew wood has been used for making furniture, for wood carving and also for fuel. Because of its many beneficial uses,
Himalayan yew has been exploited to the brink of extinction. Its habitats have been degraded by deforestation and human land
uses. These effects are further exacerbated by the species’ relative intolerance to fire and drought and poor regeneration.
S.S. Samant , head of the GB Pant Institute said, “Although the present study was limited to one location, its finding indicate that
there is an urgent need to develop an appropriate conservation strategy for this species. The population of Himalayan yew
throughout the Indian Himalayan region should be inventoried using standard ecological method.
A monitoring plan should be developed and implemented to determine trends in existing populations. Apart from this,
sustainable methods of bark and leaf extraction should be developed and disseminated to local inhabitant.
Further Research should be done on the regeneration of this species, both vegetative and by seed.” He further recommended
in his study that an effort should be made to enlist the aid of local residents in propagating the species. In-situ conservation of
the species should be promoted. Seedlings developed from seeds and cuttings should be transplanted to appropriate
locations in the sanctuary and their growth and survival should be monitored.
His co-researcher Shreekar Pant mentioned in the study that collection of wood for fuel by the gujjars and inhabitants of the
peripheral villages has caused damage, increased susceptibility to disease and likewise contributed to mortality. The
information gathered during this study indicated that 50% of the surviving yew trees have been affected by bark removal and
remainder are subject to lopping and felling for fuel. Most bark is collected from the largest trees (60% are affected). 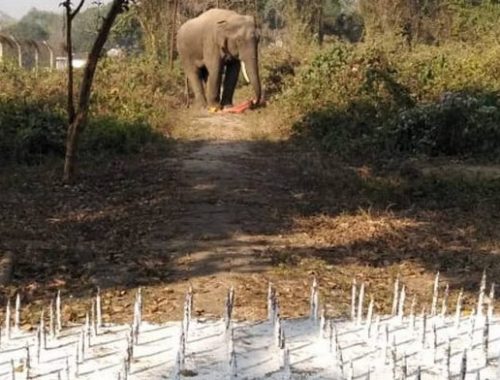 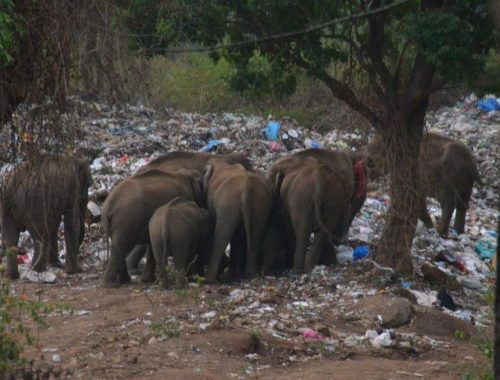 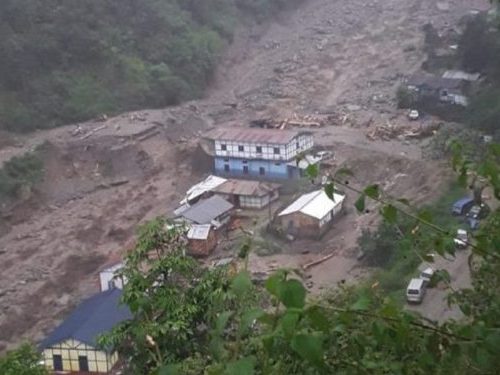