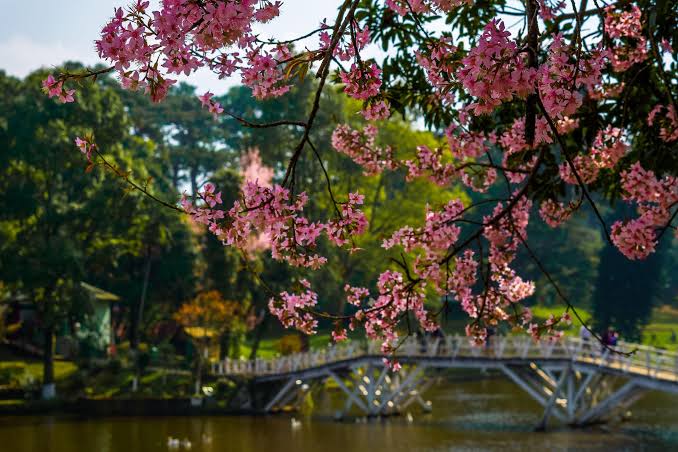 Cherry Blossom Festival begins on 17 Nov. In Shillong : ———————————————- The Cherry Blossom festival will be held from November 17-November 26 and showcase the best of music, culture and literary prowess the state has to offer

There is much to enjoy in Meghalaya, but nothing comes close to witnessing the state covered in pink hues as the sight of cherry blossoms takes over the land. The joy is palpable in the air as people walk around towns, enamoured by the stunning flowers and their pastel hues against the clear blue sky. And the best place to enjoy the sakura season in Meghalaya is the Shillong Cherry Blossom festival. Lineup

The pre-event festivities across different countries will culminate in India with a Mega Music Contest, the Shillong Literary Festival followed by the Cherry Blossom Festival. Presented by Meghalaya Tourism, the famous band Magic, along with DJ-producer Jonas Blue and HRVY are headlining the event at the city’s Polo Grounds. Assamese pop star Papon, Portuguese rock band Hybrid Theory, DJ-producer and music curator Nikhil Chinapa and Meghalaya’s top independent artists including R&B/soul singer-songwriter Jessie Lyngdoh, hip-hop artists like Meba Ofilia and the duo Dappest x adL are also set to enthrall the audience with their performances.

Honestay are available in Gnathang Situated at an altitude of 12,700 feet above sea level Gnathang Valley is under Pakyong District in Sikkim, mind blowing scenic beauty surrounding area is the main attraction for the tourists to explore during the season which lasts for 6 months and rest 6 months the area is largely covered by thick blanket of snow. In the last 5 to 6 year only the tourists have started coming to Gnathang Valley in large scale. There’re roughly 520 residents, 150 houses in this area dominated by Sherpa community mainly who had been running their daily life in farming but all of sudden when road connectivity were established the valley started becoming major tourist attraction. There are now 20-25 homestays operated by the locals who are offering good hospitality and service towards their guests. Speaking to TVOS, now the Homestay owner from Sherpa and Bhutia community says that despite off season they are now capable in managing services to tourists.

Offbeat Assam for the curious traveller
Image: A hawk cuckoo, Keteki in Assamese
Assam is home to many wonders, but there are certain hidden gems that are not overlooked by regular travellers. A typical Assam trip starts from Guwahati, takes you to Kaziranga, Majuli, and other such places that are prominent on the tourist map. But here we have listed some hidden destinations that you might want to check out.
Umananda Island

An inhabited river islet that is always overshadowed by the majestic Majuli, Umananda Island is a peaceful destination. The place is reputed for its natural splendour, and it is also home to a Shiva Temple called the Umananda Temple. It is home to golden langurs that is a endengared species.
Haflong

Assam is certainly touched by nature’s grace, and Haflong is one of its finest specimens. A hill station in Assam, Haflong has calm lakes, and beautiful rolling hills. But the place is actually quite popular for something very strange. In the village of Jatinga here in Haflong, there locals have reported suicide of birds in certain weeks of the year.
Dibru-Saikhowa National Park

A national park in Assam, Dibru Saikhowa National Park is yet another destination that is often overlooked by the tourists. The national park has a large variety of birds, and has recorded 36 mammal species. Here you will find the largest salix swamp forest in north-east India.
Namphake

Namphake :One of Dibrugarh’s finest destinations, Namphake is mainly known for a beautiful Buddhist monastery. The village is also home to the Tai Phake community. The best time to visit here is in the month of March during the Poi-Nen-Chi Festival. It is celebrated in the honour of Lord Buddha. by TRAVEL TREND
Keteki – the hawk cuckoo as representationsl photograph 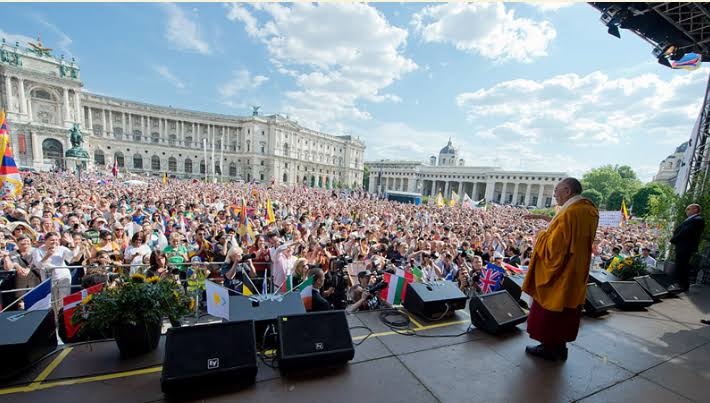 European countries disapprove of people from the UK travelling there

People in Spain, Italy, France and Germany would all prefer travellers from other counties over those from the UK.

Airline passengers wearing face masks wait to check in their bags at Heathrow Terminal 5 departures as the outbreak of coronavirus intensifies on March 15, 2020 in London, England. President of the United States, Donald Trump, has implemented a travel ban on European nations and has now extended it to include the United Kingdom and Ireland. The travel ban will begin at midnight EST on Monday as the UK is also set to ban mass gatherings and has already seen the cancellation of major sporting events such as the English Premier League.

UK tourists may be less welcome than others when they head abroad this summer
People in four European countries are more likely to oppose tourists visiting from the UK over summer than they are visitors from the rest of the continent, a new survey has found.

More than 61% of people in Spain say they would disapprove of people from the UK holidaying there, according to the survey, compared to between 40% and 54% for holidaymakers from elsewhere on the continent.

It comes as countries across Europe continue to ease their coronavirus lockdown measures.

June: Tourism slowly returns to Magaluf
People in Italy, Germany and France are also largely sceptical of UK tourists visiting their countries, with opposition levels at 44%, 58% and 55% respectively.

The research also shows that those countries would be more welcoming to travellers from other European nations.

The survey results come as the UK prepares to relax its quarantine rules for incoming travellers, making it possible for millions of Britons to go on holiday this summer.

A list of more than 75 countries and territories has been released by the government, which sets out where English holidaymakers can travel to, without the need to self-isolate for two weeks on their return.