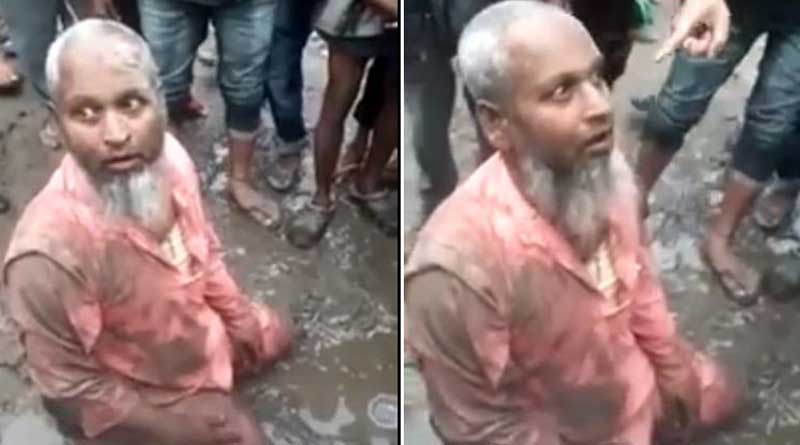 Narrating the events leading up to the attack on his brother, he said a group of four youth had visited the market last Thursday and beat up some people for selling beef.

GUWAHATI: Mohammed Sahabuddin says some people have been selling beef in the bi-weekly market of Madhupur in Northern Assam’s Biswanath district for decades and nobody ever made a hue and cry over it.

His younger brother, Shaukat Ali (45), was thrashed by a mob on Sunday for allegedly selling beef in his “rice hotel”. The victim, who hails from Kalakati village located 15 km from district headquarters Biswanath Chariali, is admitted to a local hospital.

The incident came to light on Monday evening after a video of it, captured by the locals, had gone viral on social media. So far, two people have been arrested by the police based on an FIR which Sahabuddin filed. He alleged in the FIR that his brother was also force-fed a piece of pork by the mob that day.

“A lot of people come to the bi-weekly market on Thursdays and Sundays. We have been running the rice hotel for 40-45 years. My father started it and later, I took its charge. Some time back, I asked my younger brother, Shaukat, to run it. I won’t tell a lie, we have been selling beef all along. Beef was never an issue here,” Sahabuddin told this newspaper.

Narrating the events leading up to the attack on his brother, he said a group of four youth had visited the market last Thursday and beat up some people for selling beef. Subsequently, he said, those beaten up had brought the matter to the notice of market committee.

“On Sunday, a mob of 10-12 people appeared in the market and vandalised our hotel. Soon after, it launched an attack on my brother, beating him up mercilessly. They had also made him eat a piece of pork,” Sahabuddin alleged.

“Taking Thursday’s incident as a warning, we had decided against selling beef on Sunday, yet they attacked my brother,” he lamented.

The police are examining the video of the incident to identify the perpetrators of the crime. They have appealed to people to refrain from sharing it on social media. The district authorities convened a meeting with leaders of various local organisations on Tuesday to try and maintain communal harmony.

Biswanath Deputy Commissioner (District Magistrate) Pabitra Ram Khaund said, “As soon as we learnt about the incident, we took him (victim) to the hospital and provided treatment. He is now out of danger”.

Additional Director General of Police Mukesh Agarwal said all measures were being taken for the maintenance of peace.

Biswanath district falls under the Tezpur Parliamentary seat which will go to elections in the first phase on April 11.