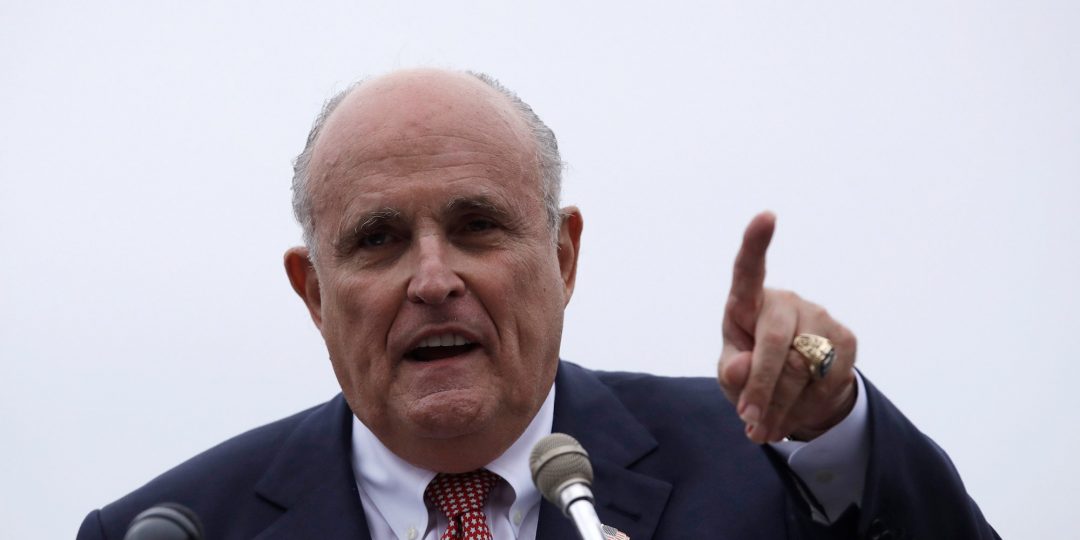 Speaking with Sky News on a golf course in Scotland, the former New York City mayor said he “hardly” believes Trump would be impeached.”I think it’s inevitable that he won’t,” Giuliani said.

Only two US presidents have been impeached: Andrew Johnson and Bill Clinton. Both were acquitted in the Senate. President Richard Nixon resigned while facing the prospect of impeachment over the Watergate scandal.

Between the rarity of impeachment and the fact Republicans control Congress, the likelihood of Trump being impeached in the near future appears slim. Moreover, even Democrats in Congress seem reluctant to discuss impeachment at this point.

Giuliani’s comments come after a tough week in the courts for the president.

Trump’s former personal attorney, Michael Cohen, on Tuesday implicated the president in campaign finance violations related to payments to two women who have alleged affairs with Trump. Cohen, who said he made the payments under Trump’s direction with the intention of influencing the 2016 election, faces up to five years in prison.

The president has since lambasted Cohen and mocked his legal skills.Meanwhile, Lanny Davis, the lawyer representing Cohen, said Wednesday his client has information that would be of interest to the special counsel Robert Mueller’s investigation into Russian interference in the 2016 election.

On this subject, Giuliani on Thursday called Cohen a “liar.”

Addressing the topic of impeachment during a Fox News interview earlier in the day, Trump said he didn’t know “how you can impeach somebody who has done a great job.” The president also suggested the US economy would tank if he were impeached.

Trump is unpopular nationwide, but Americans seem to have mixed feelings on impeachment

Recent polls examining whether Trump should be impeached have found mixed results, suggesting Americans are largely split on the issue.

Trump currently has a 42% approval rating, according to Gallup.But a Quinnipiac poll from April showed just 38% of Americans would like to see impeachment proceedings begin if Democrats win back control of the House in November’s midterms. Comparatively, a June poll from CNN found 42% of Americans believe Trump should be impeached.