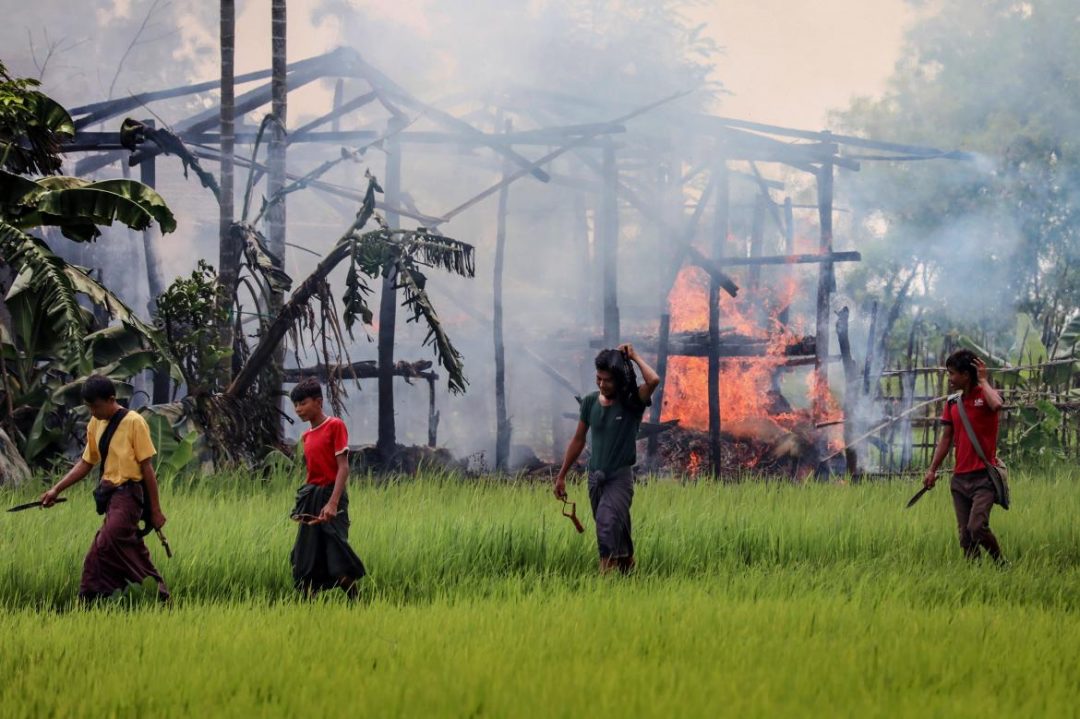 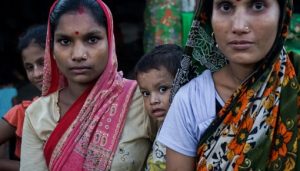 Hindu people stand in an IDP camp for Hindus at the Sri Sri Moha Dev Bari Hindu Temple, in Sittwe in Myanmar’s Rakhine state in Sept. 2017. Thousands of Hindus have been displaced by ethnic and religious violence that has torn through Rakhine state since August 25. (AIDAN JONES/AFP/Getty Images)
by Yanghee Lee & Isabel Todd

During the optimistic years that ultimately led to the National League for Democracy forming a government in 2016, the international community confirmed its faith in Myanmar’s transition from military rule by lifting a succession of economic sanctions that had been imposed on the country. But there were warnings that this response came too soon.

With the army’s involvement in politics protected by the constitution it drafted in 2008, continued progress in the reforms was not guaranteed. Removing the sanctions reduced important leverage against the military, which could have been instrumental to the new government. For its part, the military-allied elite had spent years carefully positioning itself to be the main beneficiary of economic liberalisation and Myanmar’s re-engagement with the global market.

As Myanmar now once again approaches general elections in 2020, the optimism has decidedly diminished. Under Aung San Suu Kyi’s government, the reforms have stalled, and the human rights situation has deteriorated across the country.

Democratic freedoms have been curbed, armed conflict has plagued the lives of hundreds of thousands, and the relentless plunder of natural resources has persisted unabated. The emboldened military leadership retains a firm grip on politics and the economy, while the government has so far proved unwilling or unable to make any significant move against it.

This public alignment between the military and the government has dismayed those who have long fought for human rights and democracy in Myanmar. Aung San Suu Kyi’s refusal to acknowledge the horrific atrocities committed against the Rohingya in Rakhine state by the military and other security forces in 2016 and 2017 has been particularly shocking to the international community.

The extreme violence inflicted during the so-called counterinsurgency “clearance operations” was executed on an unprecedented scale and with an unprecedented brutality and has forced a mass exodus that has created the world’s largest refugee camp across the border in Bangladesh.

Reports of violations of international law continue to mount in the context of current military operations in Rakhine state where conflict with the ethnic Rakhine Arakan Army has raged all year, and in Shan state since serious fighting re-erupted in August.

The Rohingya still living in Rakhine state continue to be denied their most basic rights and are confined to either closely guarded internment camps or remote villages. The system of oppression they are subjected to remains unchanged, and they are at real risk of recurring genocide.

Those responsible for these violations enjoy impunity which perpetuates the devastating cycle of abuse. With present conditions in Myanmar making the state incapable of delivering accountability, an international response is needed and is under way. The Gambia has filed a case against Myanmar at the International Court of Justice for violating the Genocide Convention and the International Criminal Court has authorised an investigation by the Prosecutor into crimes against humanity.

Along with their subsidiaries, they are active in many sectors, including resource extraction, banking, tourism, transport, manufacturing, and telecommunications and dwarf other economic actors in Myanmar. Until 2016, both were subject to US sanctions.

The army also has strong links to several private Myanmar companies through familial or business ties. Its companies are advantaged by their close relationships with Myanmar’s state-owned enterprises (SOEs), which both regulate and hold commercial interests in their respective sectors. They operate without transparency yet effectively determine Myanmar’s political economy.

The international community must impose targeted sanctions against all army-linked and army-owned companies, especially MEHL and MEC. This will serve as an immediate form of accountability for its assault on human rights. By weakening its financial base, it will reduce its capacity to commit further gross violations.

Private companies and international donors must be required to scour their supply chains and sever any ties with military companies. No one should be doing business with the army of Myanmar given its long track record of violations.

The sanctions could also strengthen the position of those still committed to the reforms. The government is already attempting a comprehensive overhaul of the business sector, intended to improve transparency and competitiveness and promote sustainable development.

In order to be successful, these changes must break the domination exerted by the military-allied elite that drove the country into poverty by syphoning money and resources from the state through decades of secret backroom deals. Wrestling the economy from the grip of the army will be a formidable task that the international community can and must support.

To do this, sanctions must go hand in hand with a concerted effort to divert investment to, and build the capacity of non-military economic actors. The international community must continue to advocate and provide support for transparency in the economy to aid this process. Myanmar’s reporting obligations under the Extractive Industry Transparency Initiative and the International Covenant on Economic, Social and Cultural Rights provide important opportunities.

Transparency is particularly important when it comes to the SOEs. In 2012, Aung San Suu Kyi urged foreign companies not to enter into joint ventures with one of the most powerful SOEs, Myanmar Oil and Gas Enterprise (MOGE), owing to its lack of transparency and accountability.

This call was not heeded and with the lifting of economic sanctions, foreign investment in the oil and gas sector rushed in, with MOGE a shareholder in all foreign operated fields. Much of this investment activity is centred off the coast of now war-torn Rakhine state.

MOGE remains one of the opaquest economic actors in Myanmar, and yet another round of bidding for offshore oil and gas blocks is expected soon. Without further reforms, this could cement the army’s finances for decades.

Finally, it is critical that economic reforms recognise and respect rights to land use and resource governance of ethnic minorities. The government will not be able to regain dwindling public confidence in its commitment to peace, equality and federal democracy unless it takes measures to secure these rights.

The change that so many hope to see in Myanmar will not come to fruition while the army retains its current dominance. Unchecked trade and investment with military companies will only further inflate its power which it is successfully wielding to obstruct democracy and commit atrocities against the people of Myanmar.

By imposing targeted sanctions and economically isolating the military, the international community has an opportunity to influence Myanmar’s downward trajectory. Now, more than ever, it is time to act. 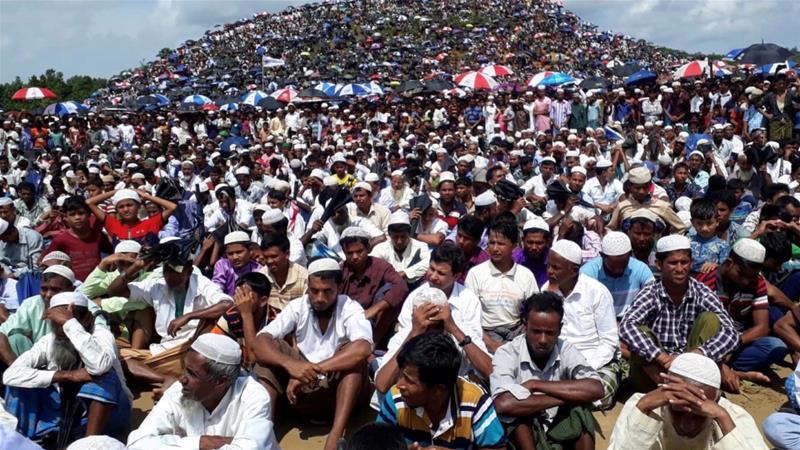 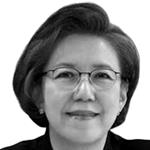 Yanghee Lee is the UN Special Rapporteur on the situation of human rights in Myanmar. 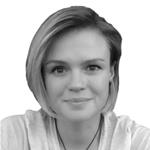 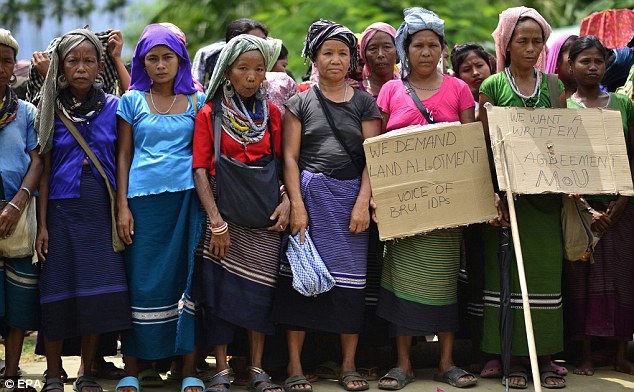 After threatening to loot government godowns, Bru refugees in Tripura on Tuesday announced they would launch an indefinite road blockade at Kanchanpur in the state’s North district from October 31. The blockade would continue till their ration along with cash and dole are resumed, they said.

As per the Ministry of Home Affairs (MHA) instructions, their ration supplies and cash and dole were stopped to the Bru camps since October 1 this year to complete their repatriation to Mizoram.

The Mizoram Bru Displaced Peoples’ Forum (MBDPF) on Tuesday submitted a memorandum to Kanchanpur sub divisional magistrate (SDM) Abhedananda Baidya where they have mentioned about their indefinite road blockade between Dasda and Anandabazaar at Kanchanpur. The refugees claim they are facing a humanitarian crisis.

“ The hungry and desperate displaced Brus can no longer withstand to see the incessant crying of innocent children, bedridden patients and lactating mother for food, and such a horrible situation bound all the displaced Brus to block the said road to draw the kind attention of the Central Government , state government of Tripura and Mizoram from 31st October, 2019 till resumption of ration and cash-dole as earlier,” said the memorandum signed by MBDPF president of A Sawibunga and general secretary Bruno Msha.

The memorandum also termed the ongoing repatriation of Bru refugees to Mizoram as ‘forceful and not peaceful’ as the process has taken place regardless of the safety and security of the Brus and ignoring their minimum demands.

On October 24, the MBDPF, Mizoram Bru Indigeneous Democratic Movement (MBIDM) and Bru Tribal Development Society (BTDS) sent a letter to the North district magistrate through Kanchanpur SDM threatening to loot government godowns and block main road as their ration supplies were stopped two days before the ninth phase of repatriation began on October 3.

According to the central rehabilitation package, Bru adults are given Rs. 5 per day, Rs. 2.5 for each minor, 600 gram of rice on everyday basis, three soaps, a pair of slippers a year and a mosquito net in every three years.

Over 37,000 Bru people had taken shelter in Tripura in 1997 to escape an ethnic clash in Mizoram.

Currently, nearly 4,000 Bru families are settled in six camps – three each at Kanchanpur and Panisagar sub divisions of North district, around 200 kilometres from Agartala.

Over 80 Bru families have been repatriated since October 1 from the six camps.

After more than two decades, the Centre had signed a pact with Tripura and Mizoram governments and MBDPF, a forum comprising of Bru people in New Delhi on July 3 last year for repatriation of the refugees.

The post repatriation agreement promised Rs 4 lakh as fixed deposit, Rs 5,000 for a period of two years with Rs. 1.50 lakh for construction of house to each family and formation of cluster village. 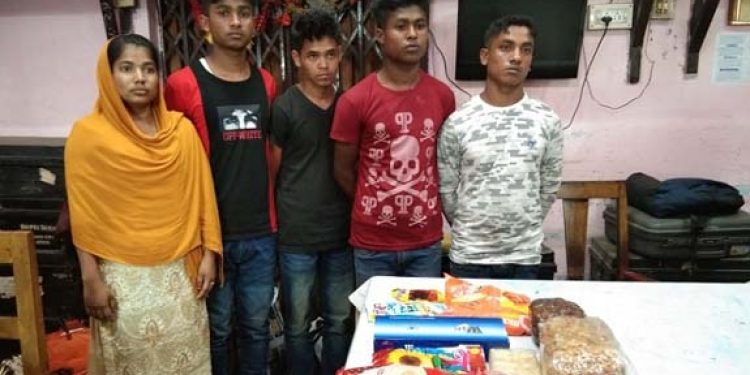 Rohingya Muslims, who have illegally entered India, are trying to obtain certificate of refugee status from United Nations. This has come to light on Tuesday when Railway police arrested five Rohingyas from Guwahati Railway Station here.

The GRP officials said the five arrested Rohingyas were trying to go to Delhi to obtain a certificate of refugee status from United Nations High Commissioner of Refugees (UNHCR) in New Delhi.

Police officials said the Government Railway Police (GRP) staff arrested them from platform no. 1 of the railway station.

At first, GRP staff had apprehended two boys and a girl when they were not able to provide valid identity proofs. After interrogation, two boys were also arrested along with the other three persons.

They had earlier been arrested by the Manipur police in 2018.

The GRP sleuths found Myanmar made preserved fruit packets, sweets , white coffee and various kinds of edibles in their possession.

The suspected Rohingyas entered Mizoram from Bangladesh sans valid travel documents. They were found in the residence of a woman in Bawngkwan area of Mizoram.

They had claimed that her cousin, who lives at Tahan in Myanmar, had asked her for a favour for keeping the “guests” before being taken to the neighbouring country.

Earlier in April, eight Rohingya women were detained at Vairengte along India-Myanmar border for trying to enter Mizoram illegally and were pushed back.