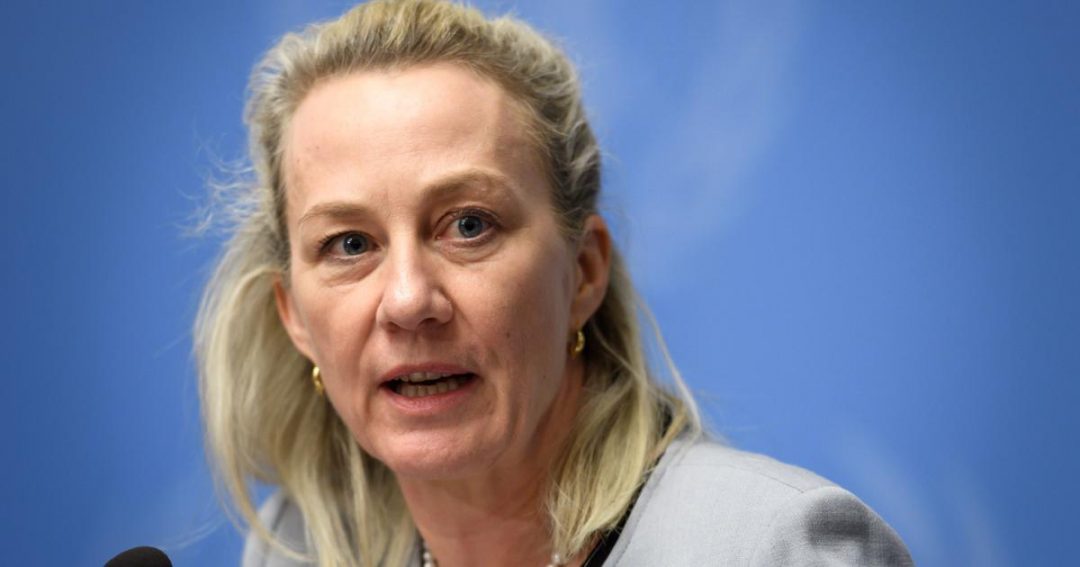 NEW DELHI: A visit by foreign envoys to Jammu and Kashmir is a “useful” step, a senior US diplomat said late Friday, while urging the Indian government to release “political leaders detained without charge” following the lockdown that was imposed in the union territory in August.

“I was pleased to see some incremental steps, including the partial return of internet service in Kashmir. And the visit by our ambassador and other foreign diplomats to Jammu and Kashmir is something that I know was extensively covered in the press. We see this as a useful step,” Alice Wells, the Principal Deputy Assistant Secretary of State for South and Central Asia, told reporters in Washington.

“We also continue to urge the government to permit regular access by our diplomats, and to move swiftly to release those political leaders detained without charge,” Wells said. She was briefing reporters at the end of a visit to Pakistan, India and Sri Lanka.

The comments follow a visit by diplomats from 15 countries to Jammu and Kashmir earlier this month for the first time since New Delhi revoked the region’s special status in August and changed it to a union territory.

The government at the Centre detained some political leaders, imposed curbs on movement of people and communications in August. Since October, it has been slowly rolling back some of the curbs.

On Saturday, the Kashmir administration announced restoration of broadband and mobile data services at 2G speeds almost six months after imposing a clampdown on communications.

In her remarks, Wells also spoke about the Citizenship Amendment Act (CAA), saying that the US stressed on the principle of equal protection under the law. The CAA, which promises citizenship to only non-Muslim refugees from Afghanistan, Pakistan and Bangladesh who came to India before 2015, has been called discriminatory by its critics and opposition parties.

“The visit also offered an opportunity to hear more regarding developments with India’s Citizenship Amendment Act, which is undergoing I would say a vigorous democratic scrutiny, whether it’s in the streets, by the political opposition, media, and the courts. We continue to underscore the importance of the principle of equal protection under the law,” she said.

The Indian government says the CAA is necessary to help those who have faced religious persecution in three neighbouring countries and will not endanger the citizenship of any Indian.

Donald Trump’s ex-campaign chief Paul Manafort has been jailed for 43 more months on charges stemming from the Russia investigation.

It comes a week after the 69-year-old was given a 47-month prison sentence for fraud in a separate case.

He told the federal court in Washington DC that he wanted to apologise for his actions.

“I am sorry for what I have done and for all the activities that have gotten us here today,” he said, speaking from a wheelchair.

US District Court Judge Amy Berman Jackson sentenced Manafort to a total of 73 months, of which 30 were to run concurrently with last week’s sentence.

Both cases stem from an inquiry into alleged Russian election meddling in the 2016 US elections.

None of Manafort’s charges, however, relates to allegations of collusion with Russia. Mr Trump has always denied the charge, describing the inquiry as a witch hunt.

Manafort’s jail term is the longest handed down since the inquiry began.

“This case has taken everything from me already – my properties, my cash, my life insurance, trust accounts for my children and grandchildren, and even more,” Manafort told Judge Jackson on Wednesday.

Before sentencing, Judge Jackson said it was “hard to overstate” the number of lies and the amount of fraud involved.

“The defendant is not public enemy number one,” she said. “But he is not a victim either.”

Manafort pleaded guilty last September to two felony counts – conspiracy against the United States and conspiracy to obstruct justice – related to his lobbying.

He also agreed to co-operate with Special Counsel Robert Mueller’s inquiry in a deal for a possible lighter sentence.

However, just two months later that plea deal collapsed as investigators said Manafort had repeatedly lied to the government.