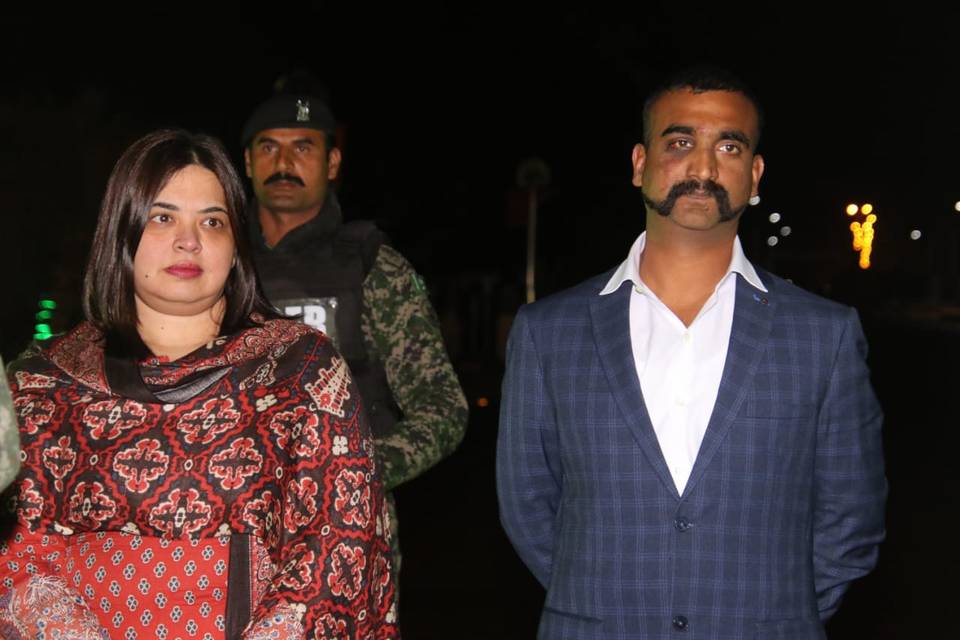 NEW DELHI: Defence minister Nirmala Sitharaman on Saturday met Wing Commander Abhinandan Varthaman and conveyed to him that the entire nation is proud of his courage and determination, officials said.

During the meeting at a medical facility of the Indian Air Force, Varthaman is understood to have explained to Sitharaman details of his nearly 60-hour detention in Pakistan.

Varthaman arrived in the national capital by an IAF flight around 11.45pm on Friday, nearly two-and-half hours after he crossed over to India through the Attari-Wagah border.

Currently, he is undergoing medical tests at the Air Force Central Medical Establishment (AFCME), a compact and specialised medical evaluation centre for aircrew of all the three services.

The medical tests are part of the “cooling down” process which is expected to continue till Sunday. Once the health check-up phase is over, debriefing sessions will be arranged for him, the officials said.

He was captured by Pakistani authorities on February 27 after his MiG-21 Bison went down during a dogfight with Pakistani jets. But before his plane was hit, Varthaman shot down an F-16 of Pakistan air force.