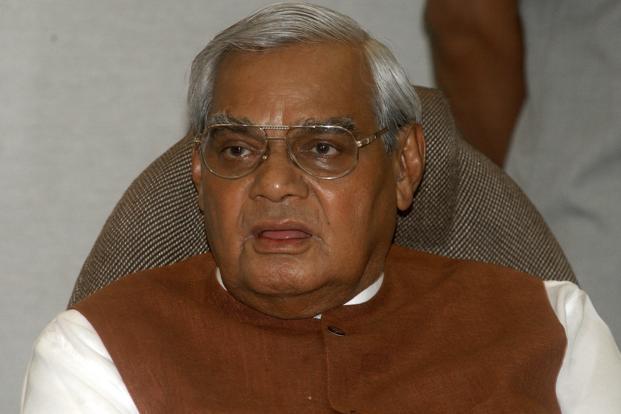 Leaders from both sides of the aisle have condoled his death.

Congress president Rahul Gandhi tweets “Today India lost a great son. Former PM, Atal Bihari Vajpayee ji, was loved and respected by millions. My condolences to his family & all his admirers. We will miss him.”

Vajpayee will be remembered for remarkable leadership: Naidu

Vice President M Venkaiah Naidu condoled the demise of former prime minister Atal Bihari Vajpayee, saying he will be remembered for his remarkable leadership and devotion to duty.

“I visited him this morning but didn’t imagine that the end will come so soon. He is, undoubtedly, one of the tallest leaders in post- independence India,” he said in his condolence message.

Mr. Naidu said Vajpayee’s contribution to strengthen democracy and good governance has been stupendous. He successfully ran a coalition of 23 parties with his rare persuasive charm and competence, he recalled.

Mr. Joshi, a former Lok Sabha MP from Mumbai, said he could occupy the prestigious post only due to the support of the then Prime Minister Vajpayee.

“I thought it was impossible to become the Lok Sabha Speaker. I never thought about it. But the BJP, especially Vajpayee’s stand, helped me.

“Had he not taken that firm stand, I would not have become the Speaker. Not just that, I could reach the position of Chief Minister of Maharashtra due to the BJP’s and Vajpayee’s support,” Mr. Joshi told a Marathi news channel.

The 80-year-old was the Speaker of the Lok Sabha from 2002 to 2004 during the BJP-led National Democratic Alliance (NDA) government, in which his party was a partner.

“Atalji emerged as a popular national leader who believed that power is a means of service and led a spotless political life without compromising on national interest. And that’s why the people across political and social boundaries showered him with love and respect,” Mr. Shah tweeted.

“A rare politician, brilliant speaker, poet and patriot, his demise is not just a irreparable loss for the BJP but also for the entire country,” the BJP chief said, adding that his thoughts, poems, foresight and political skills would always inspire and guide all.

“On the one hand Atalji as the head of a party in opposition played the role of an ideal opposition while on the other hand he provided the country a decisive leadership as Prime Minister,” Mr. Shah said.

“I am at a loss of words to express my deep grief and sadness today as we all mourn the passing away of one of India’s tallest statesmen, Shri Atal Bihari Vajpayee. To me, Atalji was more than a senior colleague- in fact he was my closest friend for over 65 years,” said L.K. Advani.

“As my senior, he always encouraged and guided me in every possible manner.

“His captivating leadership qualities, mesmerising oratory, soaring patriotism and above all, his sterling humane qualities like compassion, humility and his remarkable ability to win over adversories despite ideological differences have all had a profound effect on me in all my years in public life,” Mr. Advani said.

Kejriwal and his deputy Manish Sisodia had visited the All India Institute of Medical Sciences in New Delhi, where Vajpayee was admitted since June 11, earlier today.

“Am deeply saddened. A great loss for India,” Kejriwal tweeted.

The chief minister, who turned 50 today, had appealed to his party’s volunteers and well wishers to avoid celebrating his birthday.

Extremely sad to hear of the passing of Shri Atal Bihari Vajpayee, our former Prime Minister and a true Indian statesman. His leadership, foresight, maturity and eloquence put him in a league of his own. Atalji, the Gentle Giant, will be missed by one and all, said President Ram Nath Kovind.

“Deeply pained by the passing away of our beloved Atal ji. India has lost a great leader, a leader of masses and a visionary who dedicated his entire life in service of the nation and its people,” said Goa Chief Minister Manohar Parrikar.

His words were our strength, his blessings were our energy, said Madhya Pradesh Chief Minister Shivraj Singh Chauhan.  Mr. Chauahan also said Mr. Vajpayee dedicated his life to serve the the nation.

Bihar Chief Minister Nitish Kumar, in his condolence message, said the nation has lost an important political figure who was also an orator, poet, writer, and intellectual.

Odisha Chief Minister Naveen Patnaik expressed deep grief over demise of former prime minister Atal Bihari Vajpayee and described him as one of the “tallest leaders” of the country. “I am deeply grieved over demise of Vajpayeeji. India has lost one of its tallest leaders. He was loved by the people of India and of course the people of Odisha as well. May his soul rest in peace,” Mr. Patnaik said.

“Former PM Atal Bihari Vajpayee was a great leader, loved by many & revered by all. We grieve his demise & our thoughts & prayers are with his family today,” tweeted Congress.

“Today India lost a great son. Former PM Atal Bihari Vajpayee ji, was loved and respected by millions. My condolences to his family & all his admirers. We will miss him,” said Congress President Rahul Gandhi.

Former Finance Minister P. Chidambaram said the nation has lost a dignified political leader. “While we know Vajpayee had a lot of friends, what we don’t know is he had no enemies,” Mr. Chidambaram tweeted in Tamil.

“Very very saddened  that the great statesman and former PM Shri Atal Bihari Vajpayee ji is no more with us. His passing away is a very big loss to our nation. I will always  cherish the many fond memories. Condolences to his family and his many admirers,” said West Bengal Chief Minister Mamata Banerjee.

Ms. Banerjee was Mr. Vajpayee’s cabinet colleague. She was planning to visit Delhi today to enquire about the former prime minister.

“A reasoned critique in opposition and a seeker of consensus as PM, Atal Ji was a democrat to the core. In his passing away, India has lost a great son and an era has come to an end. My deepest condolences,” he added.

“Pained beyond words at the demise of Shri Atalji. He had cherished the ideal of a developed and powerful India in which all persons lived together in unity, peace and harmony,” said Home Minister Rajnath Singh on Twitter.

“Atalji was a true ‘Ajatshatru’ who had many friends across the political spectrum. He believed in political consensus and his beliefs had consequential effect on Indian politics.”

“In Atalji’s demise the nation has lost a stalwart who was known for statesmanship and astute leadership. It is also a huge personal loss to me. I am one of those millions of Indians who drew inspiration from Atalji’s life and contribution.

“I cannot fully imagine my own life without following the footprints that Atalji set. May his soul rest in peace.”

Modi says ‘India grieves the demise of our Atalji’

“His passing away marks the end of an era. He lived for the nation and served it assiduously for decades. My thoughts are with his family, BJP Karyakartas and millions of admirers in this hour of sadness. Om Shanti,” tweeted Prime Minister Narendra Modi.

“It was Atal Ji’s exemplary leadership that set the foundations for a strong, prosperous and inclusive India in the 21st century. His futuristic policies across various sectors touched the lives of each and every citizen of India.”

“Atal Ji’s passing away is a personal and irreplaceable loss for me. I have countless fond memories with him. He was an inspiration to Karyakartas like me. I will particularly remember his sharp intellect and outstanding wit.”

“It was due to the perseverance and struggles of Atal Ji that the BJP was built brick by brick. He travelled across the length and breadth of India to spread the BJP’s message, which led to the BJP becoming a strong force in our national polity and in several states.”

( with inputs from PTI) 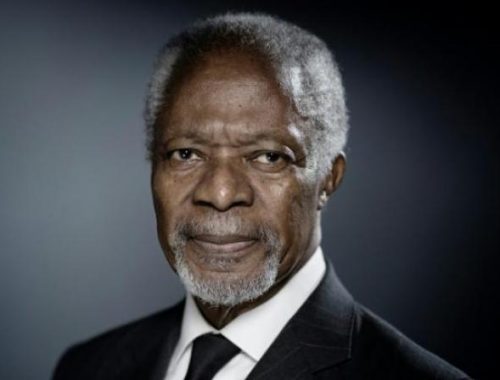 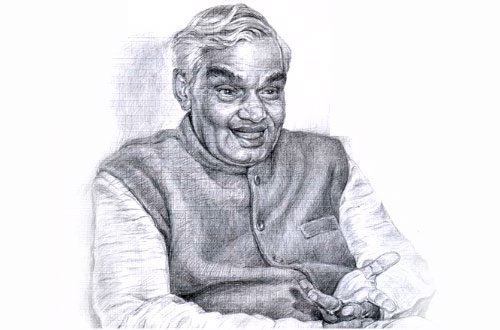 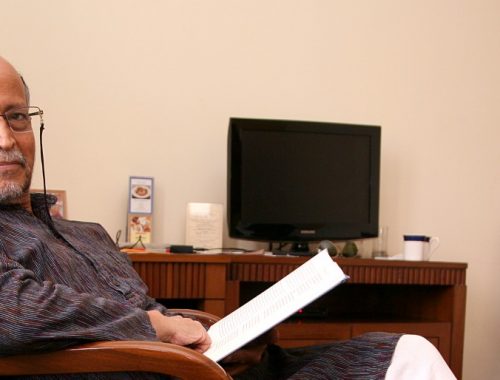