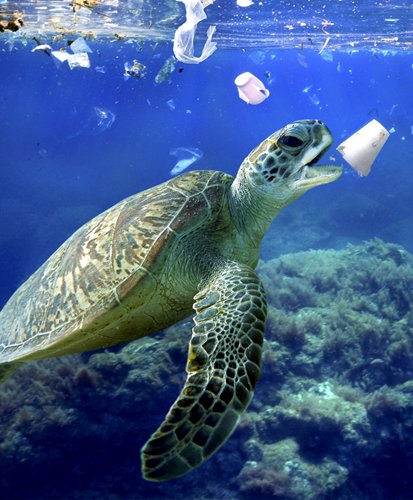 Chinese scientists have developed a plastic that degrades in seawater and could help curb the increasingly serious plastic pollution in the oceans.

The new polyester composite material can decompose in seawater over a period ranging from a few days to several hundred days, leaving small molecules that cause no pollution, said Wang Gexia, a senior engineer at the Technical Institute of Physics and Chemistry of the Chinese Academy of Sciences.

“For a long time, people focused on ‘white pollution’ on land. Plastic pollution in the seas only caught people’s attention when more and more reports about marine animals dying from it appeared in recent years,” said Wang.

About 4.8 million to 12.7 million tones of plastic waste goes into the seas very year, accounting for 60 percent to 80 percent of the total solid pollutants in the oceans, according to a conservative estimate by scientists.

French media reported that a plastic waste concentration in the ocean between California and Hawaii could be as large as 3.5 million square kilometers, or seven times the territory of France – and growing by 80,000 square kilometers a year.

Almost all the types of plastics are found at sea, either floating on the surface or sinking to the bottom, and they cannot decompose for decades or even centuries, said Wang.

The effects of sunlight, salt weathering, ocean currents and organisms turn plastics into tiny fragments under 5 millimeters long, which are a major threat to marine life. Many albatrosses and turtles die from gastrointestinal problems after eating plastics.

A shocking scientific survey showed that over 90 percent of sea birds died from eating plastics.

“We cannot collect and deal with the garbage dispersed in the oceans as we do on land. The most feasible solution is to let the materials degrade and disappear,” she said.

The Technical Institute of Physics and Chemistry is one of the leading research institutions in China to develop biodegradable plastics that naturally-occurring microbes can decompose into carbon dioxide and water.

The institute has authorized four Chinese enterprises to use their technology, with three enterprises going into production with a total annual capacity of half the global biodegradable plastics, or 75,000 tones.

Realizing the serious plastic pollution in oceans, the researchers aimed to develop materials degradable in seawater, but they found plastics that decompose quickly on land are unable to degrade easily at sea.

They combined non-enzymic hydrolysis, water dissolution and biodegradation processes to design and invent the new material.

The research was recently selected as one of 30 winning projects at a contest of innovative future technologies in Shenzhen, South China’s Guangdong Province. 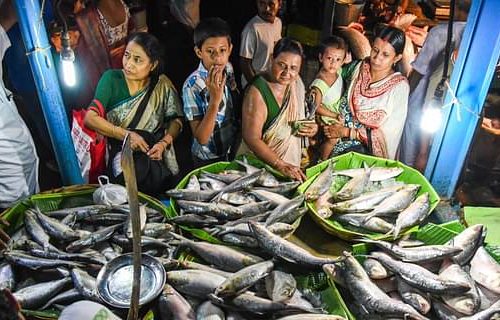