AIZAWL: The Mizoram government on Friday said at least 25 illegal villages had been set up in areas bordering Bangladesh,
Myanmar and Manipur. This was revealed by local administration minister K Lalrinliana in the assembly.
In a written reply to a question from Zoram People’s Movement legislator C Lalsawivunga, Lalrinliana said 16 ilegal villages are
located in Lunglei district which borders Bangladesh.
He added that four such villages are located in Aizawl district, three in Champhai district and two in Mamit district. Lunglei and
Mamit share borders with Bangladesh, while Champhai has a common boundary with Manipur and Myanmar.
Recently, Mizo Zirlai Pawl, an influential students’ organization, and Mizo Students’ Union, had conducted a study of border
areas.
Following this, they alleged that those who have set up the illegal villages are Chakmas, who entered Mizoram from
Bangladesh. They claimed that the illegal settlements in Aizawl district have been established by ethnic Mizos from Manipur.
In the wake of the Citizenship (Amendment) Bill controversy, Mizoram had witnessed widespread street protests. The purpose
of the bill was to grant citizenship to non-Muslims from Bangladesh, Pakistan and Afghanistan.
Mizos, who are predominantly Christians, feared that such a proposal would encourage influx of Buddhist Chakmas who
complain of religious persecution in Bangladesh.

The Mizoram Government has recently raised an alert on migration of refugees to the state from Myanmar. The State Government was quite complacent on inflow of refugees till early October last year, particularly in its belief that the Rohingyas of Rakhine state of western Myanmar would not be inclined to migrate there. The State Government had also not expressed any apprehension on prospective immigration of Buddhist refugees from Myanmar to Mizoram. However, the Mizoram Government alerted Government of India, in the end of November, 2017, after more than a 1000 Myanmarese refugees entered Lawngtlai District. Assam Rifles, the Central Para Military Force tasked with guarding the India-Myanmar border, thereafter augmented its deployment by eight companies. Notwithstanding these measures, nearly 1300 Buddhist nationals from Arakan in Western Myanmar and Chin state, adjacent to Rakhine, have subsequently entered Mizoram. The latest migrants, basically of Chin origin, have been temporarily sheltered in four villages, Laitlang, Dumzautlang, Hmawngbuchhuah and Zochachhuah in Lawngtlai District.

There is palpable tension in the Mizoram villages as a result of the latest migration of the Myanmar nationals. The tension is understandable because most of these villages have population in the range of 200 to 400. The migrants (described as Zakhais and Khumis by the locals), apart from being ethnically, linguistically and religious faith-wise different from the local Mizos, are tending to numerically overwhelm the local population, apart from causing competing demands on limited local resources for livelihood. While the State Government and local non-governmental groups are presently trying to provide relief to the Buddhist refugees, these can at best be a temporary measure.

Even as the Rohingya-related phenomenon has disturbed the overall milieu in Myanmar`s Western-most province comprising Rakhine and other areas in the Eastern and Southern vicinity of Rakhine, and the local Buddhists too were impacted, the sudden westward migration of the latter to Indian territory was not anticipated. The cause for the current migration of these Buddhists can be traced to the hostile disposition and confrontation between the insurrectionist Arakan Army – armed with rocket-propelled grenade launchers and mortars, and fighting for self-determination in Rakhine and in areas West of the Arakan Yoma mountains – and the Myanmar`s Army, particularly since the last quarter of 2017. The Arakan Army, affiliated to the Kachin Independence Army, has not yet entered into a ceasefire agreement with the Myanmar Government for cessation of armed insurrection under an unified peace process which is being pursued by the Naypidaw with the country`s other Northern and Eastern militant outfits.

In this regard, due consideration to accommodating different ethnic groups of non-Mizo stock within Mizoram would be a preferable course for the State and the Union Governments. Various Mizoram Governments and the ethnically homogeneous Mizo civic society have been opposed to any administrative re-arrangement which devolves autonomy in legislative, administrative and financial domains under the enabling provisions of the Sixth Schedule of the Indian Constitution to non-Mizo communities like those referred to above. The communities already affected are the Chakmas, Reangs, Hmars and Lais, influx of Myanmarese Buddhists to Mizoram will compound the problem in the State located in the sensitive North East. In this backdrop, any long-term-term sheltering of Myanmarese Buddhist refugees of Arakan in southern Mizoram would create apprehension among the Mizos and a negative ferment in that state. Therefore, just as Rohingya migrants to India have to be repatriated, similar stance could be adopted at the political or diplomatic levels to reverse the trend of Myanmarese Buddhist migration.

In some governmental quarters there is a perception that the causes triggering the Buddhist migration to Mizoram may be a transient phenomenon. Reckoning the prevailing disturbed conditions in western Myanmar, and many imponderables in the latter`s national consolidation and assimilation of ethnic groups` process, such a perception may not be well founded. It will therefore be in India`s national interest to adopt necessary measures to maintain politico-economic stability and the somewhat fragile, though accommodative, ethnic milieu in Mizoram. This is particularly necessary along areas contiguous to its 510 km long frontier with Myanmar and also adjacent to its border with the Tripura state where too the people are of ethno-cultural stock different from the Mizos. Efficacy of joint border patrolling by Myanmar Army and India`s Assam Rifles may also need to be enhanced to ensure better border management.

For proper outcome of India`s Act East policy and concomitant infrastructural and trade linkage plans with South-East Asia through Myanmar, a politically stable and developing region, free from socio-economic and ethnic tensions along Myanmar`s western frontier with India, is a sine qua non. The migration of the Buddhists nationals from Arakan-Chin areas of Myanmar, to Mizoram – in addition to the aftereffects of the Rohingya migration from Rakhine to neighbouring Bangladesh, with some chance of a few of them even moving to Mizoram – has all the potential to stoke internal disturbances in India. The multi-modal transport project being executed – linking Sittwe Port of Myanmar in the Bay of Bengal with Paletwa, the country`s western-most town with Zorinpui in Mizoram – may not be able to take off successfully if the upheaval and confrontation continues in Rakhine and Arakan.

In the above-mentioned context, India may adopt a nuanced and well-crafted diplomatic approach towards Myanmar which induces Naypidaw to move fast and effectively towards creating conditions on a long-term basis for the Arakan Buddhists to return to their homes. Action aimed at these Buddhist migrants need not be linked with issues contingent on resolving the Rohingya problem or implementation of the Kofi Annan Advisory Commission recommendations on reconciliation in Rakhine. Though there are some spillover impacts of the Rohingya and Arakan Buddhist problems on each other, it may be expedient to persuade Myanmar Government to evolve an accommodative solution independent of each other. Efforts for an early repatriation need to be initiated without delay and in an effective manner, suitably nuanced and reinforced by diplomatic efforts with the ASEAN comity of nations and also Bangladesh to an extent. Should an early repatriation process start in respect of the Arakan Buddhists, there may be some outcome on return of a limited number of non-Buddhists also to Rakhine, including the Rohingyas.

To ameliorate the situation in Mizoram, the Union Government may consider assuming direct responsibility for relief and temporary shelter management of the Buddhist refugees. Mizoram Government`s role may be confined to documenting the refugees, attaching healthcare and some community service personnel at refugee locations and perimeter security, with the Union Government bearing the incidence of expenditure on these accounts. Such an arrangement will not constrain the State`s resources and may be politically expedient considering sensitivities of the overall internal situation in Mizoram. With the state assembly elections only a few months away, shifting the administrative and economic burden to New Delhi will also obviate the Buddhist migration issue being capitalized on contentiously in the local milieu.

(The author is a retired IDAS officer who has served in senior appointments with Government of India and a north-east State Government. The views are the author`s own). 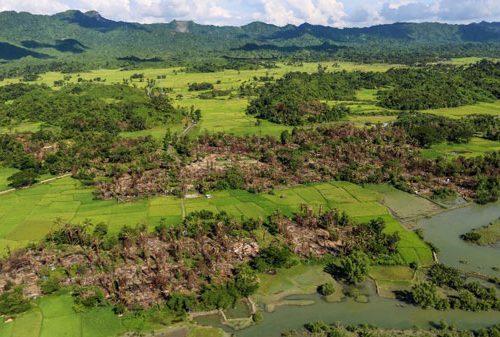 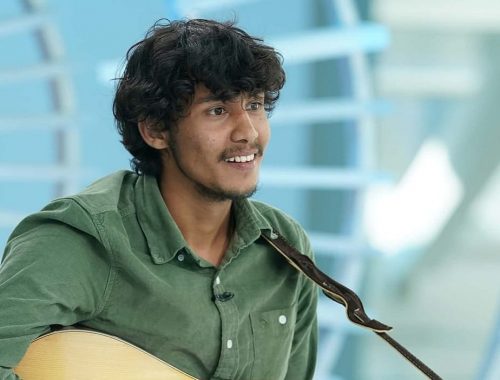