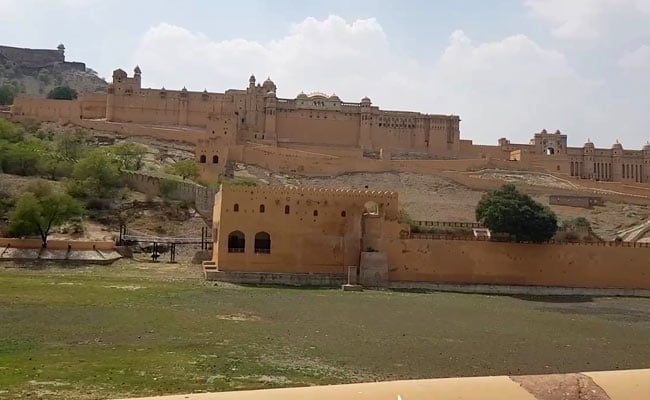 At Matasula village just 10 kilometres from the Ramgarh Dam, there is one hand-pump that supplies water for an entire village of 100 households.

Jaipur could run out of ground water in five years, say experts

Amid a long, harsh summer and drought in many parts of the country, Rajasthan has become one of the states where over-extraction of ground water is leading to depletion at alarming levels.

According to state government figures, in state capital Jaipur, of the 13 water blocks, 12 are in the dark zone – which means the underground water is in the danger of running out here.

“A zero water day is not very far away. Jaipur can run out of water in the next few years and cities like Ajmer and Bhilwara will probably face a zero water day even earlier,” says Dr SK Jain, a water expert and hydrologist.

The water tanks and step well in the Amer and Jaigarh forts, ponds and tanks in villages and the Ramgarh Dam, were some of the ancient water harvesting system of medieval Jaipur that made it self-reliant in water.

The Ramgarh Dam was built in the early 1900s to supply drinking water to Jaipur city by King Madho Singh, the second. But urbanization and reckless water extraction now mean the dam is completely try and Jaipur is paying the price for its destroyed water heritage.

At Matasula village just 10 kilometres from the historic dam, there is one hand-pump that supplies water for an entire village of 100 households.

Locals recall a time not very long ago when the wells here were always brimming with water and the Ramgarh Dam contributed to ground water recharge in the area. But with the dam dry for 20 years, practically all wells in a radius of 10 kilometres have dried up too.

“When the Ramgarh Dam used to fill up during the monsoon, water used to come into our wells too. Since 2000 when the water dried up completely in the dam, our village wells have also gone dry. People have had to go for borewells as water levels have dropped,” said 40-year-old Sita Ram Jogi, a resident of Matasula village.

Women are the worst affected, says Suman, another village resident.

“We fill water all day, not only for drinking and bathing but also for our animals. Buffaloes and goats need water, and when this hand-pump stops working – sometimes it goes dry – then we have to trek many kilometres to fill water. Our children also labour with us filling water for the families daily needs,” she says.

The Rajasthan High Court has appointed a nodal officer to oversee the rejuvenation of the Ramgarh Dam.

Rohit Singh, the nodal officer in this case, says the dam has dried up due to increased agriculture, farmers building small boundaries around their fields and urbanisation in the dams catchment area, which obstructs the flow of water.

“Rajasthan has been historically water deficient but old structures like wells, stepwell tanks, we need to revive those, we need to get back to basics,” he says.COMMENT

But long term measures will not immediately resolve the water crisis in Jaipur. Every year the ground water levels in Jaipur have been dropping by 1 metre. In some blocks the extraction is 600 times more than recharge. 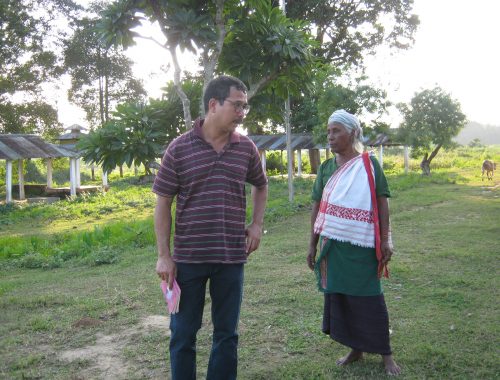 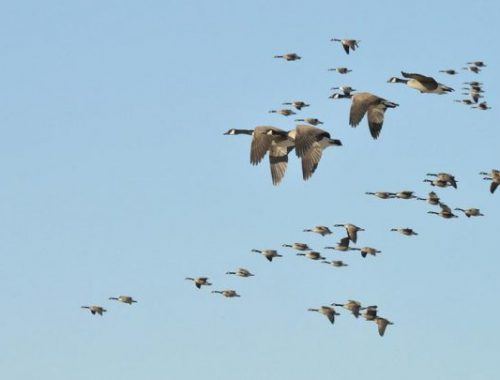 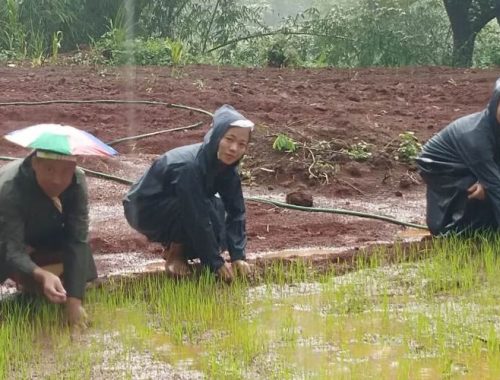