Lawyer: Genocide Case Against Myanmar Based on ‘Compelling’ Evidence

An attorney assisting Gambia with its lawsuit against Myanmar alleging state-sponsored genocide at the U.N.’s top court said Thursday that he was confident that the West African nation would win the case based on copious, strong evidence of army atrocities against the Muslim Rohingyas.

“The evidence is plentiful,” Paul Reichler, an attorney at Foley Hoag LLC in Washington, told Radio Free Asia’s Myanmar service. He spoke a day after the Myanmar government announced that State Counselor and Foreign Affairs Minister Aung San Suu Kyi would lead a team in defending the country at the International Court of Justice (ICJ) in The Hague, the Netherlands.

“There are many, many fact-finding reports by U.N. missions, by special rapporteurs, by human rights organizations,” Reichler said.

“There is satellite photography, and there are many, many statements by officials and army personnel from Myanmar, which all together show that the intention of the state of Myanmar has been to destroy the Rohingya as a group in whole or in part,” he said.

“And we’re very confident that at the end of the day the evidence will be so compelling that the court will agree with The Gambia,” he said.

In the lawsuit, filed 10 days ago, Muslim-majority Gambia accuses Myanmar of breaching the 1948 Genocide Convention for the brutal military-led crackdown on the Rohingya in 2017 that left thousands dead and drove more than 740,000 across the border into Bangladesh.

The West African country sued on behalf of the 57-member Organization of Islamic Cooperation. The first public hearings at the ICJ will be held Dec. 10-12.

Myanmar has largely denied that its military was responsible for the violence in Rakhine state, which included indiscriminate killings, mass rape, torture and village burnings, and it has defended the crackdown as a legitimate counterinsurgency against a group of Muslim militants.

The government has also dismissed credible evidence in numerous reports and satellite imagery that points to the atrocities, and it has claimed that the Rohingya burned down their own communities and blamed soldiers for the destruction.

Separate cases pertaining to the persecution of the Rohingya have been filed at the International Criminal Court (ICC) in The Hague and in an Argentine court, the latter of which names Aung San Suu Kyi and top military commanders deemed responsible for the atrocities.

Myanmar has refused to cooperate with the ICC because the country is not a party to the Rome Statute that created the international court.

On Thursday, Christine Schraner Burgener, the U.N.’s special envoy on Myanmar, welcomed the Southeast Asia country’s decision to defend itself before the ICJ.

Burgener ended a 10-day mission to Myanmar on November 21, during which she met with government and military officials, diplomats, think tanks and U.N. agencies.

“She welcomed the government’s position on the case filed by The Gambia to the International Court of Justice that, as a party to the Convention on the Prevention and Punishment of the Crime of Genocide since 1956, Myanmar would take its international obligations seriously and would defend itself in front of the ICJ,” said a statement issued by the U.N.’s Myanmar office.

Some of Myanmar’s top rights attorneys, meanwhile, weighed in on Aung San Suu Kyi’s decision to appear before the ICJ.

“As foreign minister, it is reasonable that she will lead the defense team,” said Thein Than Oo, one of the founding members of the Myanmar Lawyers’ Network.

Kyee Myint, chairman of the Union Attorney and Legal Aid Association, noted that the state counselor’s team has very little time to prepare itself for the case.

“We’ve got a very short period for preparation,” he said. “It’s less than 20 days. They should give us between three and six months, so that we have enough time to prepare the defense.”

Kyee Myint also said that Aung San Suu Kyi should point out to the ICJ her limited authority over the military, as mandated in Myanmar’s constitution.

“During the defense at the court, she should demonstrate her limited authorities over the military, showing them a copy of the 2008 constitution,” he said. “If she is willing to take the fall when the military is silent, that’s up to her.”

But Reichler said that would provide no protection for Aung San Suu Kyi.

“The state is responsible for the behavior of agents, of its organs, of its entities, of its ministries and of its military forces,” he added.

“The idea that there are people in the government who oppose genocide … does not absolve the state of the responsibility that it has for operations of a different part of its government,” Reichler said.

“The state is responsible whether the civilians support that genocide or not. It is the state that is carrying it out, whether it is the civilians or the military,” he said.

Pyone Kathy Naing, a lawmaker from the ruling National League for Democracy (NLD) party, said that the West has misunderstood the term “clearance operation,” referring to the action that Myanmar security forces took in Rohingya communities in Rakhine state in 2017 in response to deadly attacks by a Muslim militant group.

“The term ‘clearance operation’ is misunderstood in the Western world,” she said. “The military’s clearance operations were to clear out the terrorists — not to drive out the [Muslims]. We need to clarify it.”

“For the lawsuit, we need to counter strategically with a highly expert legal team,” she added.

Soe Thein, an independent legislator and former minister of the president’s office agreed, saying, “We need to fight back with an expert international legal team — spending millions of dollars.”

Oo Hla Saw, a lower-house lawmaker from the Arakan National Party (ANP), raised concern about the impact that the ICJ lawsuit would have on Myanmar.

“This lawsuit’s impact on our society will be huge, especially because our country’s image will be damaged whether we win or lose, since we are accused of rights violations,” he said.

“This will be a very big problem for us,” he added.

FILE – Displaced Rohingya are seen in a fenced-in camp during a government-organized media tour to a no-man’s land between Myanmar and Bangladesh, near Taungpyolatyar village, Maung Daw, northern Rakhine State, Myanmar, June 29, 2018. 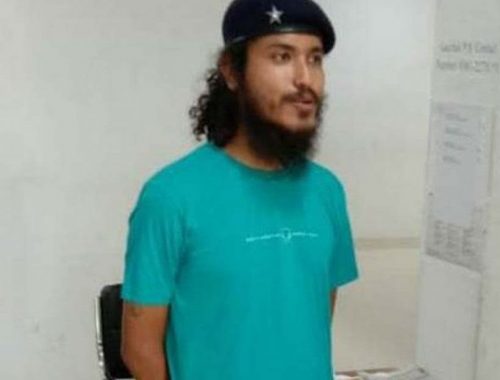 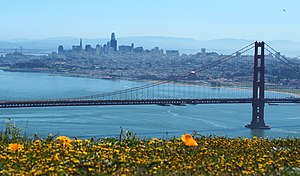