It fills me with sadness that Wuhan is currently becoming synonymous with the coronavirus that is causing a national emergency and concern around the world. I see the news coming out of Wuhan daily, the city I’ve come to love and call my home. Stories of infections increasing, stories of exhaustion, worry, isolation but also stories of self-sacrifice, support and hope. Wuhan, where the virus is believed to have surfaced, remains on lockdown and outbreak has killed more than 420 people around the world.

For several years, I’ve been talking about Wuhan to whomever would listen. When mentioning the name, people would often just stare and say, “Wu… what?” “Wuhan”! “Where’s that?” “Hubei Province, Central China, a city of more than 11 million people …” “Mhhh, never heard of it.” End of conversation. 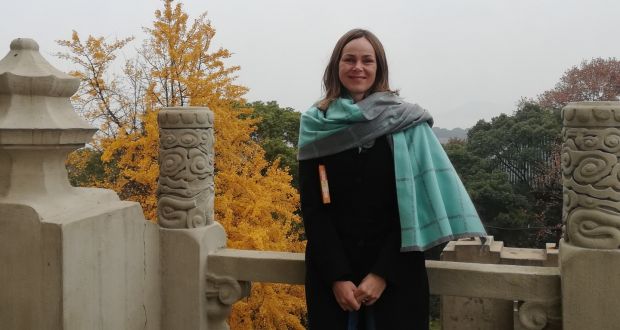 I’ve talked about the beauty of Wuhan, how the city keeps changing, becoming more interesting day by the day. It has a growing art and creative scene, new green and recreative spaces springing up everywhere.

I’ve talked about Wuhan University, which boasts China’s most beautiful campus. As a foreign expert on secondment from Dublin City University (DCU) to Wuhan University from 2017 to 2019, I’d the privilege to work alongside a team of professionals and share in the personal growth of some of China’s brightest students. I’ve lived in Ireland for almost 25 years and returned to Dublin last summer, but I recently chose to move back to Wuhan because I’d missed my life in this city.

I consider myself very lucky to be able to call this place my home. I was once asked what stories could be told to the world about Wuhan. I said that I’d write about its natural beauty in all its variation, the campus, the lakes, the mountains and rivers. I would write about long walks along the East Lake and bike rides criss-crossing the mighty Yangtze river. I would write about the city’s culture and art and music. I would try and capture the sounds of frogs and birds singing outside my window at 3.30 in the morning.

I would describe the intoxicating scent of osmanthus in autumn and the amazing sunsets all across the city. I would bring the reader on a culinary tour of Wuhan’s local foods, on a visual tour of the city’s arts and culture, and on a sound tour of its music. I would introduce them to the strength and the kindness of its people … and much, much more. I said that I hoped, one day, to find the time to sit down and start writing. I never did but I’ve been trying to get friends, family and colleagues to visit this city that recently appeared high up on a list of the most attractive cities in China. It’s attraction is also for its status as the Chinese city that hosts more institutions of higher learning than any other in the country, a place of phenomenal economic growth, a city also that has witnessed growing engagement with Irish business and education, including the long-standing partnership between DCU and Wuhan University that brought me there in the first place.

After returning to Wuhan in early December of last year to take up a position as lecturer in intercultural communication at Wuhan University, everything seemed to have fallen into place for me – I was already familiar with the city and the campus, I was given the warmest of welcomes and I was looking forward to starting my teaching load after the spring festival. I was also looking forward to family and friends visiting so that they could see the place none of them had ever heard of and which I was incessantly talking about.

At the end of December, a few cases of “novel pneumonia” were detected in the city of Wuhan. We all took notice but assumed that this was nothing to worry about. We started wearing masks and decided to be more vigilant, and avoid crowded places. Other than that, it was life as normal and I continued exploring the city for new music venues, exhibitions and the likes. With the impending Chinese Spring Festival and associated holidays everyone was excitedly talking about their holidays – some within China and others abroad. I myself had made plans to travel to Beijing, Shenyang and Dalian to visit friends. There were end of year gatherings and then we all said our goodbyes. I took a small bag and headed to Beijing with the intention of returning to Wuhan on January 30th.

Between the time I left Wuhan and the moment I arrived in Beijing – a short four and a half hour high-speed train ride – it was becoming clear that something was beginning to change. The news about the number of infected people increasing, and the coronavirus (now often dubbed the “Wuhan virus”) spreading to other parts of China and abroad was becoming more urgent, more serious. I was also starting to receive messages from family and friends, from former colleagues back in Ireland, from other people I had worked with in China and abroad. Many of these people had only known Wuhan from my stories and most would never have got in touch with me, except that they suddenly made a connection – Wuhan had finally entered people’s consciousness, they were able to place it on a map, but unfortunately for all the wrong reasons.

As I spent these last few days in Beijing but the situation changed from one where I had planned to return home to Wuhan a few days ago to one where I cannot return to my home as the city is now under lock down, and it is difficult to know when it will be okay to return. I headed, instead, to Europe with my small bag holding only the most essential items. I also carry with me all my memories and my love for Wuhan and its people. I’m determined to return as soon as I can though, in the meantime, I worry for the people I’ve left behind, the friends I am in daily contact with.

What I’ve seen over the last few weeks is a city that has come together with an unrivalled resolve to overcome a major crisis through combined strength of solidarity in the face of adversity, a people working together in self-sacrifice, an unbelievable determination to get the situation under control, and a hope for normality to return as soon as possible. People are going out of their way to help and support each other. They choose to believe that they can beat the crisis to return life to normal as quickly as possible. But, people are also worried about how the world might now view them and their beloved city. 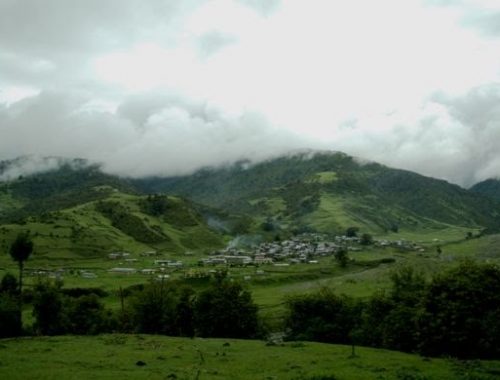 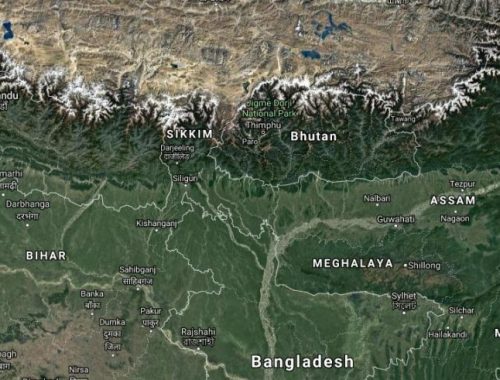