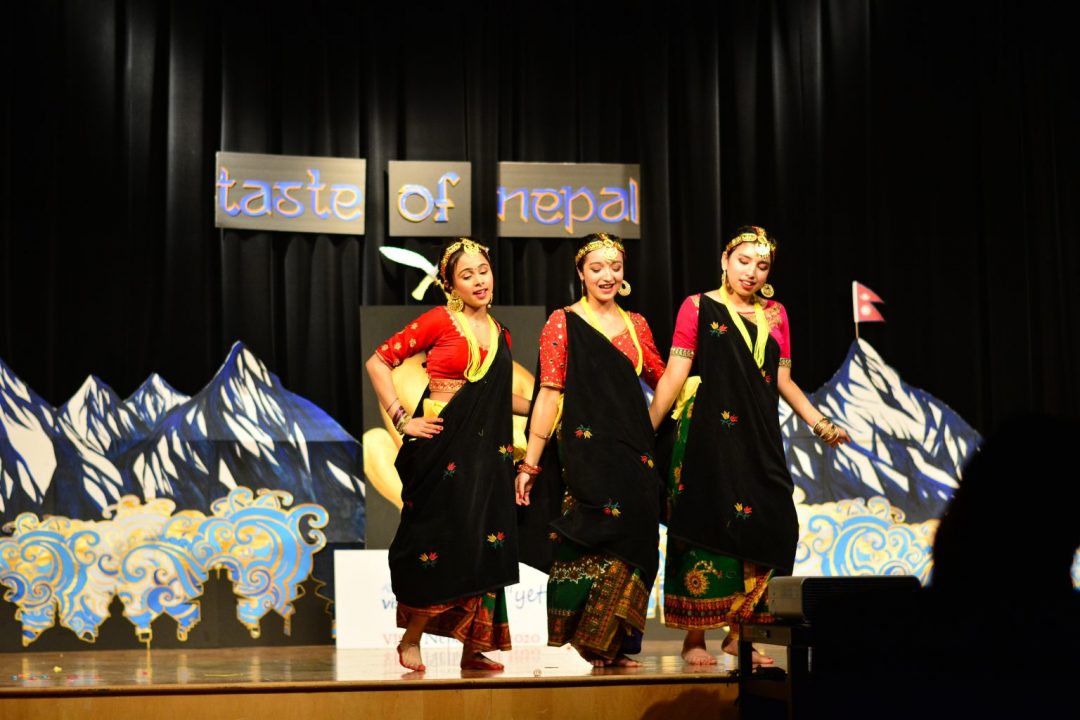 The lights in the ballroom were focused on the stage as each group was introduced by the hosts of the event. The crowd of people filled in as the show began and took a seat at one of the many round tables set up in the International Ballroom.

Subechhya Bohora, a University of Idaho student from Kathmandu, Nepal, joined the Nepali Student Association (NSA) to find community and share her culture through Taste of Nepal.

“It’s a good opportunity of showing off my culture and our traditions to the university,” Bohora said.

Bohora performed in a dance from the Newar people, who are from the Kathmandu valley near the capital.

Taste of Nepal has been a yearly event for the NSA for the last 18 years. The night began at 5 p.m. and the line went out the door. There was dancing, music and food — all of which was either made or performed by students.

The NSA president, Saugaut Baskota said they sold out again this year within half an hour of opening the doors. Baskota said there were around 350 tickets for sale after they had given out some of the tickets reserved for sponsors.

“Our mission with this event is to show how diverse our culture is, Nepal is really small. I think we can fit three Nepal in one single Idaho, but our cultural diversity is pretty big,” Baskota said.

Before dinner, Navin Chettri, a UI part time lecturer for the school of music, and Brantley Bacon performed a song Chettri wrote.

As the music came to the end, the smell of chicken curry, dumplings and vegetable curry began to fill the air. Guests lined up along the walls as their tables were called. One of the students who made and served the food was UI student Bisha Thapa.

“I helped cook food for this event and I love this. I love cooking food because I get to work with people from Nepal who have been here for over 10 years and then learn from them at the same time, I get to share tastes that I have been tasting all my life,” Thapa said.

Thapa, like Bohora, wears many hats at this event, he also performed a dance during the event.

“It’s very important because you get to show how unique you are, how different you are but at the same time have all the same needs and wants,” Thapa said.

by Kali Nelson. He can be reached at arg-life@uidaho.edu or on Twitter @kalinelson6.