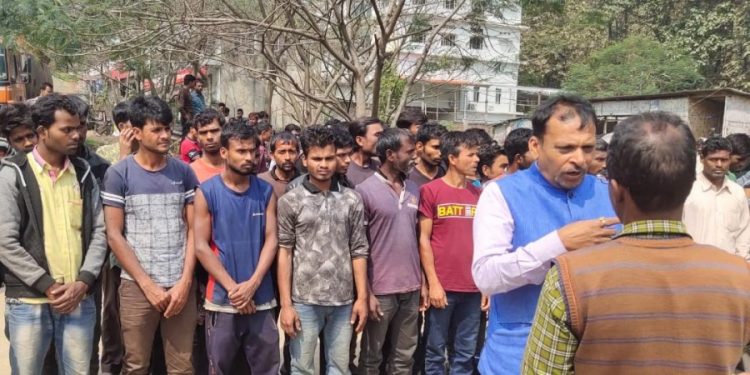 At least 260 people from Assam, who hid in the jungles of Meghalaya for five days to escape communal violence that left three people dead, have been rescued by security forces.

Differences over the Citizenship (Amendment) Act and the introduction of inner-line permit in Meghalaya triggered a clash between members of the Khasi Students’ Union and non-tribal people in East Khasi Hills district’s Ichamati on February 28.

The violence in and around Ichamati, near the Bangladesh border, spread to other areas, including State capital Shillong, forcing the authorities to impose curfew and restrict mobile Internet services in six districts.

All of them – from western Assam’s Dhubri, Goalpara and Kokrajhar districts – were working in the unorganised sector in Sohra (Cherrapunjee), Ichamati and other areas of East Khasi Hills district affected most by the violence.

Assam’s Inspector-General of Police Deepak Kedia said a team of Assam and Meghalaya police brought the stranded people to Guwahati on Thursday morning.

“We are in constant touch with the Meghalaya police to bring back more stranded people. Some among the rescued said there are many who have taken refuge in police stations and Border Security Force camps in the hill State,” he told newspersons.

The police declined to quantify the affected people but BJP MLA Ashok Kumar Singhi said there were some 1,500 people waiting to be rescued from the violence-hit areas.

Mr. Singhi, who represents the Bilasipara East Assembly constituency in western Assam, had taken the lead in rescuing the people after he came to know many of them were from his area.

“I met Chief Minister Sarbananda Sonowal and he instructed the State police to bring the people back to safety. Our police have been doing this in coordination with their Meghalaya counterparts,” he said.

The rescued people narrated their ordeal. “We left our jobs and places of stay soon after violence broke out. Many of us hid in the jungles for four-five days without anything to eat. Some of us took refuge at a police station but were not even offered water, let alone food,” one of them said.