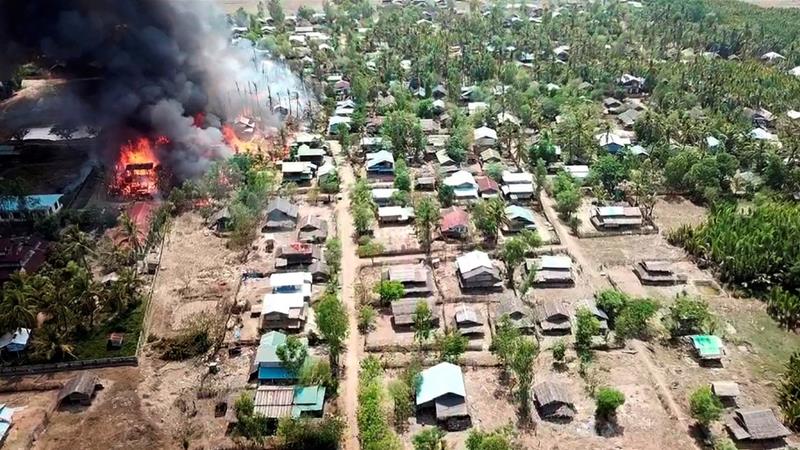 Myanmar is bombing its own people, according to Amnesty International. The human rights watchdog says it has evidence that indiscriminate airstrikes by Myanmar’s military, also known as the Tatmadaw, are killing civilians, including children, amid a worsening armed conflict in the country’s Rakhine and Chin States.

In a report on Wednesday, Amnesty International said it collected new evidence showing Myanmar’s military – also known as the Tatmadaw – bombed several villages in Chin state in March and April, killing more than a dozen people.

One witness who was interviewed remotely told the group that an air raid in Paletwa Township on March 14 and 15 killed his uncle, his brother and his brother’s 16-year-old friend.

Two people from another family in the same village cluster said nine people, including a seven-year-old boy, were also killed in the bombardment.

“Our family is destroyed,” the boy’s father told Amnesty.

Myanmar SittweVillagers arrive at a temporary camp with their belongings on June 29, 2020, in Sittwe, Rakhine State, Myanmar [AP Photo]
In another round of aerial raids in Paletwa on April 7, seven people were killed and eight wounded, the report said, citing testimony from a farmer.

The indiscriminate attacks, which Amnesty said amounted to war crimes due to civilian deaths, came amid a surge in fighting between the Tatmadaw and the Arakan Army (AA), an armed group seeking greater autonomy for the Buddhist Rakhine people who make up a majority of Rakhine state’s population. The region is also home to the mostly Muslim Rohingya, and borders Chin state, whose people are mostly Christian.

The conflict escalated in January last year following an AA attack on police posts and worsened in March after Myanmar’s government officially labelled the group a terrorist organisation. The AA posed “a danger to law and order, peace and stability of the country and public peace,” it said.

The attacks, and other serious human rights violations, are taking place in towns and villages where internet communication has been cut off for over a year. Locals have been kept in the dark over the threat of Covid-19 and denied information about humanitarian assistance. Rakhine State has been largely free of the coronavirus, but cases were on the rise in June.

Amnesty’s Asia-Pacific regional director says that whilst Myanmar authorities were urging people to stay at home to help stop Covid-19, in Rakhine and Chin states its military was burning down homes and killing civilians “in indiscriminate attacks that amount to war crimes”.

“Despite mounting international pressure on the military’s operations in the area, including at the International Court of Justice, the shocking testimonies we have collected shows just how deep impunity continues to run within Myanmar military ranks.”

In May and June, Amnesty interviewed more than 20 ethnic Rakhine and Chin villagers affected by military operations, which included airstrikes and shelling; analysed satellite images of burned villages, and verified video footage showing violations by the Burmese military.

The conflict has escalated since the January 4 2019 attack by the Arakan Army, an ethnic Rakhine armed group, against several police posts in northern Rakhine State. The incident prompted a retaliatory order to ‘crush’ the AA and marked a turning point in the escalation of the conflict, which has since displaced tens of thousands. The UN High Commissioner for Human Rights estimates that in recent days an additional 10,000 people fled their homes as a result of heavy fighting and warnings of advancing military operations.

Myanmar officially labelled the AA an unlawful organization on March 23. Fighting surged between March and May, while Myanmar also faced its first Covid-19 cases. More than 30 civilians were killed or injured in May alone, according to the UN. The victims were predominantly from Buddhist and Christian ethnic minorities, though media reports have also documented violations against Rohingya civilians.

The military’s airpower has inflicted immense damage and human suffering. Soldiers also appear to regularly confiscate or destroy civilian property and commandeer monasteries as bases. Amnesty documented the use and confiscation of civilian property by soldiers in Rakhine State and northern Shan State in 2019.

Amnesty also documented incidents of the burning or destruction of villages in different townships in Rakhine and Chin States. Satellite imagery of several affected villages shows widescale burning consistent with Myanmar military tactics. The military and the AA have blamed each other for the burning.

They say they have not been able to document operations and abuses by the Arakan Army in the reporting period due to Covid-19 travel restrictions and limited access to affected areas and witnesses. But reports suggest the army has continued a pattern of abuses previously documented including endangering the lives of civilians during attacks, intimidation of local communities, and arbitrary deprivation of liberty.

Call for war crimes probe
Tens of thousands of people have been forced from their homes in the unrest, and much of the fighting is taking place in communities where the internet has been cut off for more than a year, and against the backdrop of the new coronavirus pandemic.

“While Myanmar authorities were urging people to stay at home to help stop COVID-19, in Rakhine and Chin states its military was burning down homes and killing civilians in indiscriminate attacks that amount to war crimes,” said Nicholas Bequelin, Amnesty International’s Asia-Pacific Regional Director.

“The reliance on air strikes and internet blackouts may be new, but one constant is the military’s remorseless neglect for civilian life,” Bequelin said, calling on the UN Security Council to refer the situation in Myanmar to the International Criminal Court (ICC) for a war crimes inquiry.

“This relentless pattern of violations is clearly a matter for the ICC. The Security Council must act,” he added.

Zaw Htay, spokesman for Aung San Suu Kyi’s government, did not respond to calls for comment. But the Ministry of Foreign Affairs issued a statement addressing concerns over the internet blackout, saying access was restricted to “prevent the AA from exploiting mobile internet technologies to detonate” bombs and landmines.

Internet will be restored once the situation “stabilises”, the statement said, adding that the government is taking measures to ensure the shutdown does not hinder efforts to combat the virus. Such action include disseminating COVID-19 information through SMS messages, the ministry added.

UN envoy: Myanmar’s Aung San Suu Kyi failed as humanitarian (2:58)
Media access to Rakhine is heavily restricted, and prearranged visits with government minders are the only way foreign journalists can report from the area.

Myanmar is already under investigation in the International Court of Justice (ICJ) over its treatment of the Rohingya, hundreds of thousands of whom fled Rakhine following a brutal military crackdown nearly three years ago. The government had defended what happened then as a legitimate response to attacks by Rohingya fighters from a small armed group, known as the Arakan Rohingya Salvation Army.

In January, the court said “irreparable damage” had been caused to the Rohingya and ordered the government to take immediate steps to prevent genocide. Some Rohingya still live in the area, often in squalid camps.

Beatings, threats
In its latest report into the situation in the troubled region, Amnesty said it collected testimony from witnesses who recounted arbitrary detention and torture, and verified video footage showing abuses by the Tatmadaw. One woman whose husband was arrested in February said soldiers had tied up the detained man and beaten him for four nights and five days.

“He wasn’t given food or water … They kicked and hit him with rifles in the back and kicked his chest as well,” she said, recounting what her husband had told her. “Before this, he was tall and big, but when I saw him … he was visibly thin.”

The beating of detainees appears to be widespread, Amnesty said, noting that the military had admitted its soldiers punched and kicked blindfolded detainees in May after a video of the incident went viral.

Reporting from Rakhine: Surveillance, fear
The group, citing satellite imagery of conflict-affected villages, also reported widescale burning consistent with Myanmar military tactics. The Tatmadaw and the Arakan Army have previously blamed each other for the village burning.

Separately, the Chin Human Rights Organization (CHRO) said more than 500 Chin people were currently stranded in Paletwa after the army turned them back as they were returning to their villages by boat. The group – all local administrators – had travelled to the town for a meeting.

The military “stopped us and told us that we cannot go back to our villages,” one of the village administrators told CHRO. “When we asked them why we are not allowed to return having already allowed us to enter, the soldiers at the security post shouted, ‘Do not ask any questions or say anything in return. We were given orders from above.’ No one dares to go since some boats were even shot at in order to threaten us.”

Amnesty said it was not able to document operations and abuses by the Arakan Army in the reporting period due to COVID-19 travel restrictions and limited access to conflict-affected areas and witnesses.

But reports suggest the Arakan Army has continued a pattern of abuses including the endangering the lives of civilians during attacks and intimidation of local communities, the group added. 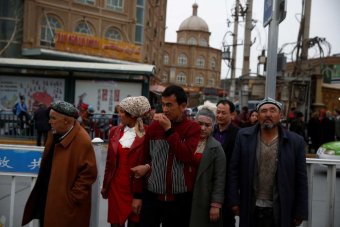 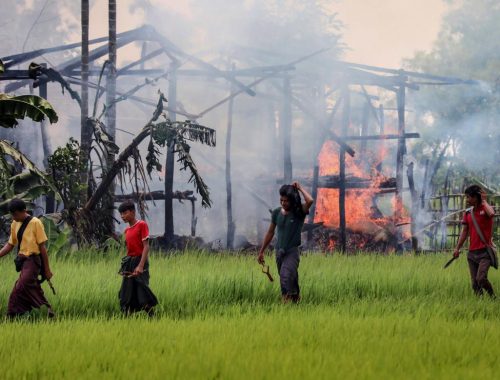