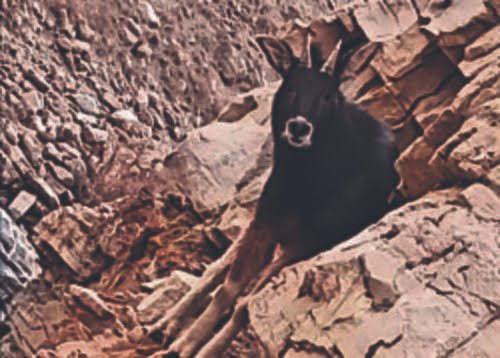 Himalayan Serow, a goat antelope, was sighted and captured in a camera by the state wildlife wing for the first time in Spiti valley today.

Himalayan Serow, a goat antelope, was sighted and captured in a camera by the state wildlife wing for the first time in Spiti valley today.

The near-threatened Himalayan Serow had almost disappeared from the cold desert. It was today spotted at Hurling village in Spiti valley of Lahaul-Spiti district, much to the delight of wildlife officials. The officials have captured the movement of this rare animal in the camera near a stream where it was grazing. It fled soon after sensing human movement.

Himalayan Serow is included under the Wildlife Protection Act, 1972, and its hunting is prohibited. It is also listed among the endangered species by the International Union for Conservation for Nature. An official said it was an extremely shy animal and its habitat was dense forests. Only in winter its sighting was possible when it migrated to lower elevations, he said.

Archana Sharma, Principal Chief Conservator, Wildlife Department, congratulated the officials and directed them to ensure the protection of this rare animal. She said Himalayan Serow was earlier spotted at Great Himalayan National Park, Kullu, and in Chamba district. She said the wildlife officials at Kaza had been asked to keep a tight vigil as hunting increased during winters when wild animals descended into lower regions due to heavy snow in higher reaches. 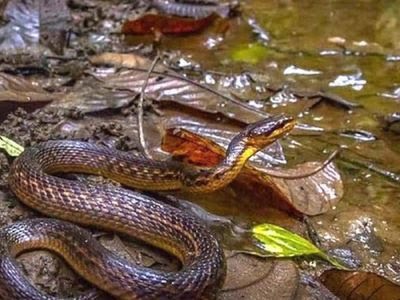 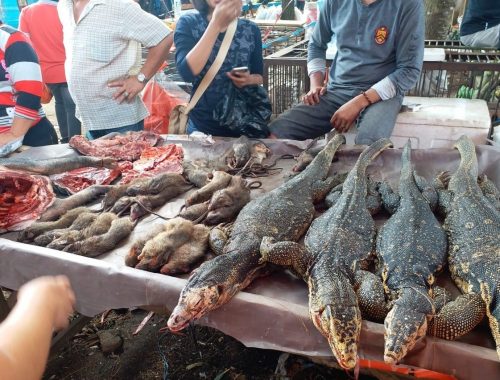 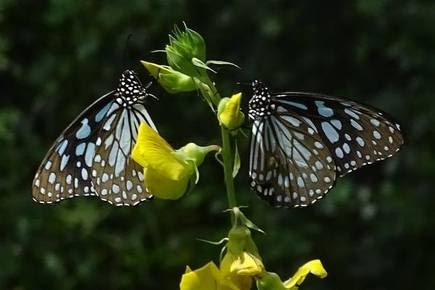