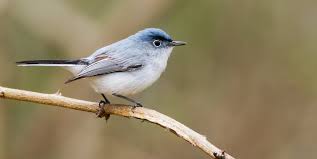 Birds Have a Mysterious ‘Quantum Sense’. Scientists Have Now Seen It in Action

Seeing our world through the eyes of a migratory bird would be a rather spooky experience. Something about their visual system allows them to ‘see’ our planet’s magnetic field, a clever trick of quantum physics and biochemistry that helps them navigate vast distances.

In early 2021, scientists from the University of Tokyo announced they had, for the first time ever, directly observed a key reaction hypothesized to be behind birds’ (and many other creatures’) talents for sensing the direction of Earth’s poles.
Importantly, this is evidence of quantum physics directly affecting a biochemical reaction in a cell – something we’ve long hypothesized but haven’t seen in action before.
Using a tailor-made microscope sensitive to faint flashes of light, the team watched a culture of human cells containing a special light-sensitive material respond dynamically to changes in a magnetic field.

The change the researchers observed in the lab matched what would be expected if a quirky quantum effect was responsible for the illuminating reaction.
“We’ve not modified or added anything to these cells,” said biophysicist Jonathan Woodward.
“We think we have extremely strong evidence that we’ve observed a purely quantum mechanical process affecting chemical activity at the cellular level.”
So how are cells, particularly human cells, capable of responding to magnetic fields?

While there are several hypotheses out there, many researchers think the ability is due to a unique quantum reaction involving photoreceptors called cryptochromes.
Cryptochromes are found in the cells of many species and are involved in regulating circadian rhythms. In species of migratory birds, dogs, and other creatures, they’re linked to the mysterious ability to sense magnetic fields.
In fact, while most of us can’t see magnetic fields, human cells definitely contain cryptochromes. And there’s evidence that even though it’s not conscious, humans are actually still capable of detecting Earth’s magnetism.
To see the reaction within cryptochromes in action, the researchers bathed a culture of human cells containing cryptochromes in blue light, causing them to fluoresce weakly. As they glowed, the team swept magnetic fields of various frequencies repeatedly over the cells.
They found that each time the magnetic field passed over the cells, their fluorescence dipped around 3.5 percent – enough to show a direct reaction.
How can a magnetic field affect a photoreceptor? It all comes down to something called spin – an innate property of electrons.

We already know that spin is significantly affected by magnetic fields. Arrange electrons in the right way around an atom, and collect enough of them together in one place, and the resulting mass of material can be made to move using nothing more than a weak magnetic field like the one that surrounds our planet.
This is all well and good if you want to make a needle for a navigational compass. But with no obvious signs of magnetically-sensitive chunks of material inside pigeon skulls, physicists have had to think smaller.
In 1975, a Max Planck Institute researcher named Klaus Schulten developed a theory on how magnetic fields could influence chemical reactions.
It involved something called a radical pair. A garden-variety radical is an electron in the outer shell of an atom that isn’t partnered with a second electron.
Sometimes, these bachelor electrons can adopt a wingman in another atom to form a radical pair. The two stay unpaired, but thanks to a shared history are considered entangled, which in quantum terms means their spins will eerily correspond no matter how far apart they are.

Since this correlation can’t be explained by ongoing physical connections, it’s purely a quantum activity, something even Albert Einstein considered ‘spooky’.
In the hustle-bustle of a living cell, their entanglement will be fleeting. But even these briefly correlating spins should last just long enough to make a subtle difference in the way their respective parent atoms behave.
In this experiment, as the magnetic field passed over the cells, the corresponding dip in fluorescence suggests that the generation of radical pairs had been affected.
An interesting consequence of the research could be in how even weak magnetic fields could indirectly affect other biological processes. While evidence of magnetism affecting human health is weak, similar experiments as this could prove to be another avenue for investigation.
“The joyous thing about this research is to see that the relationship between the spins of two individual electrons can have a major effect on biology,” said Woodward.
Of course, birds aren’t the only animal to rely on our magnetosphere for direction. Species of fish, worms, insects, and even some mammals have a knack for it. We humans might even be cognitively affected by Earth’s faint magnetic field.
Evolution of this ability could have delivered a number of vastly different actions based on different physics.
Having evidence that at least one of them connects the weirdness of the quantum world with the behavior of a living thing is enough to force us to wonder what other bits of biology arise from the spooky depths of fundamental physics.
This research was published in PNAS.
by MIKE MCRAE 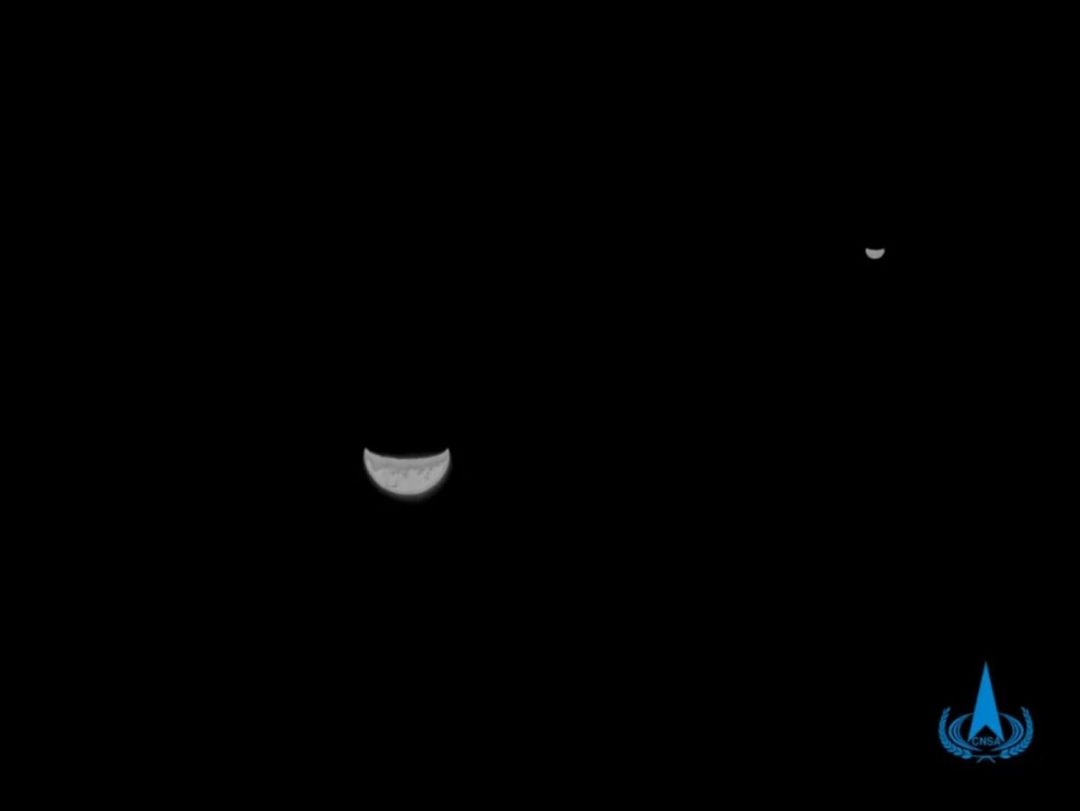 China’s Tianwen-1 spacecraft captured a stunning view of the Earth and moon before making its first trajectory correction maneuver on the long journey to Mars.

The mission consists of an orbiter, entry vehicle and rover. The spacecraft will begin orbiting the Red Planet in February 2021, and then prepare for the rover’s landing attempt, which is expected in April or May.

Tianwen-1 launched on July 23 on a Long March 5 rocket and completed the final burn to send it on a trajectory to Mars 36 minutes later. On July 27, while the spacecraft was about 750,000 miles (1.2 million kilometers) away from Earth, an optical navigation sensor imaged the crescent-shaped Earth and the smaller, more distant moon.

The black-and-white image reveals a few apparent features of Earth, against the stark background of an otherwise vast, black ocean.

The burn was a vital test of the vehicle’s propulsion system, which it will rely on to correct its trajectory and slow the spacecraft to allow it to enter Mars orbit.

The spacecraft will make four or five such adjustments before reaching Mars, Geng Yan, an official with the China National Space Administration, told Chinese media. The second such correction will be made before October.

Tianwen-1 is in good condition, communicating well with the ground, according to the update from the China Lunar Exploration Project.

The orbiter carries high- and medium-resolution cameras designed for studying and mapping Mars. The image of the Earth and moon, however, was taken by an optical navigation sensor that is normally pointing toward Mars.

In the days following launch, a NASA asteroid camera picked up the spacecraft moving against the star field.

The Queqiao relay satellite for the Chang’e-4 lunar far-side mission has also imaged the pair from the second Earth-moon Lagrange point beyond the moon, as did the Longjiang-2 microsatellite that launched with Queqiao. Fengyun-4A, a weather satellite in geostationary orbit, has also captured the pair in a single shot.

Tianwen-1, as well as the United Arab Emirates’ Hope mission and NASA’s Perseverance rover, are now all en route to Mars and will arrive in February.