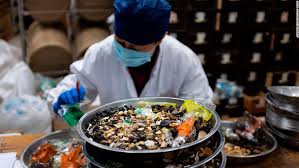 Every morning and evening, the 38-year-old was handed a bag of brown soup — a traditional Chinese remedy blended from over 20 herbs including ephedra, cinnamon twigs, and licorice root, CNN reported.

But unlike most patients around him, Xiong was skeptical of its efficacy and refused to drink it.

“In my opinion, it is a sheer placebo,” said Xiong, who was discharged in late February from the makeshift hospital run by TCM doctors where no western medicine was provided, apart from medication for underlying conditions, such as high blood pressure.

The ‘lung-clearing and detoxing soup’ as the herbal compound he was given is called, was part of the Chinese government’s push to use Traditional Chinese Medicine (TCM) in the fight against the novel coronavirus outbreak.

As scientists race to find a cure and vaccine, China is increasingly turning to its traditional remedies. As of late last month, more than 85 per cent of all coronavirus patients in China — about 60,000 people — received herbal remedies alongside mainstream antiviral drugs, according to the Ministry of Science and Technology.

“We are willing to share the ‘Chinese experience’ and ‘Chinese solution’ of treating Covid-19, and let more countries get to know Chinese medicine, understand Chinese medicine and use Chinese medicine,” Yu Yanhong, Deputy Head of China’s National Administration of Traditional Chinese Medicine, was quoted as saying at a press conference last week.

There is no known cure for the pandemic disease which has killed more than 6,000 people, sickened over 1,15,000 and spread to every country and region worldwide, apart from Antarctica.

Scientists are working to find ways to stamp out the deadly virus. But for now, the mainstream antiviral treatments focus on relieving the symptoms — and that’s where China believes its ancient remedies can help.

Last week, a few Australian scientists had reportedly claimed that drugs used to treat HIV and malaria could be used to tackle the coronavirus.

“By adjusting the whole body health and improving immunity, TCM can help stimulate the patients’ abilities to resist and recover from the disease, which is an effective way of therapy,” Yanhong said, adding that traditional medicine had helped fight viruses in the past, such as the SARS pandemic in 2002 and 2003 that killed hundreds in China.

So far, more than 50,000 novel coronavirus patients have been discharged from hospital, and the majority of them used TCM, Yu said, citing it as evidence for the efficacy of using Chinese and Western medicine in tandem.
By Adam Townsend on 03/10/2020 2:00 PM
Source: MedicineNet Health News

Certain herbs and ancient practices might help protect against COVID-19 coronavirus, or ease its symptoms, according to the Chinese government and traditional Chinese medicine practitioners. But these claims come with scant scientific evidence, leaving many to wonder whether they work at all.

Some of the supplements and herbs listed in the Chinese Journal of Integrative Medicine suggested for use to treat and/or prevent coronavirus include:

Radix astragali (Huangqi),
Radix glycyrrhizae (Gancao),
Radix saposhnikoviae (Fangfeng),
Rhizoma Atractylodis Macrocephalae (Baizhu),
Lonicerae Japonicae Flos (Jinyinhua), and
Fructus forsythia (Lianqiao)
Chinese news agency Xinhua published an article about Qingfei Paidu soup, for instance, made of ephedra and licorice root, among other ingredients. A TCM hosptial director told reporters the brew was effective in treating symptoms of hundreds of COVID-19 patients, but these claims have not been verified by researchers or news reporters outside China.

Some doctors say some alternative complementary treatments like those that comprise traditional Chinese medicine (TCM) probably won’t hurt, provided you keep following evidence-based treatment protocols for your condition and tell your doctor everything you’re taking. If Chinese remedies make your symptoms feel better and you don’t mind spending the money, some TCM treatments may be harmless.

But the U.S. National Institutes of Health warn that not only are claimed treatment benefits inconclusive, but also some TCM herbal and supplement products may be adulterated with pesticides, industrial chemicals, prescription pharmaceuticals, or mislabeled herbs and other substances.

Does Traditional Chinese Medicine (TCM) Work?
While some practices from traditional Chinese medicine (TCM) have shown some benefit in symptom relief for a variety of conditions, much of the evidence for the popular practice’s effectiveness is inconclusive, the NIH says. Even studies that show concrete benefits describe improvements on the margins – a shorter-duration cough, a less-runny nose. And these improvements can’t be ascribed wholly to TCM practices; most studies show only a positive correlation.

TCM, in general, is certainly important for symptom relief in the patients who experience positive effects from Chinese herbs, acupuncture, and other practices. When it comes to attacking the organism that causes disease, however, no evidence exists that any combination of herbs will cure COVID-19, or even lessen symptoms.

One paper submitted to the Chinese Journal of Integrative Medicine this year was speculative about the ability of TCM to prevent or treat COVID-19. The paper was based on other TCM studies from the 2003 SARS (severe acute respiratory syndrome) outbreak and studies of its effectiveness against H1N1 influenza.

A different analysis – one not using so many Chinese government data sources – of 90 different studies of the SARS epidemic showed some symptom relief on the margins for SARS patients who used TCM as an add-on to evidence-based protocols. These results were inconclusive, however.

“Positive effects using … herbal therapy included better control of fever, quicker clearance of chest infection, lesser consumption of steroids and other symptom relief,” states the paper in the American Journal of Chinese Medicine. “In a few reports, some evidence of immunological (boosting) was also found. More caution is required on the allegation about the efficacy of herbal medicine for the treatment or prevention of viral infection affecting the respiratory tract.”

Promoting Traditional Chinese Medicine for Political Reasons?
Reports about TCM’s effectiveness against COVID-19 from Chinese government-linked news agencies are suspect. Statistics appear in news stories without context or methodology, and these news agencies tend to follow the government-controlled narrative.

Indeed, in February of this year, the U.S. State Department cracked down on Xinhua – a Chinese state-linked news, media, and tech behemoth – and other Chinese news operations in the U.S. because they are functionally foreign missions of the Chinese government, according to Politico.

Furthermore, Chinese President Xi Jinping earlier in his regime launched a nationalist propaganda push lauding the benefits of TCM, a campaign that continues. This public relations push by the Chinese Communist Party left global public health experts wringing their hands even before the discovery of COVID-19. Health policy leaders worried false and ineffective treatments backed by the government for political reasons would worsen an event exactly like the current coronavirus epidemic, as reported in The Economist and Foreign Policy.

According to Xinhua, Xi in October spoke at a traditional Chinese medicine conference, reiterating the importance of TCM to Chinese national identity.

“The country should carry on fine elements in TCM and innovate them,” Xi said, according to Xinhua. “Traditional medicine is a treasure of Chinese civilization embodying the wisdom of the nation and its people.”

It is particularly telling, states one critical editorial in The Economist, that even the Communist Party in its TCM boosterism stops short of advising citizens to drop their modern, science-based treatments.

Foreign Policy also had concerns over the Communist Party’s TCM propaganda push. A prominent microbiologist voiced these concerns in an editorial all the way back in 2018.

“Real Chinese doctors already face public hostility and suspicion, especially over vaccines; by pumping up pseudoscience, the government is only hurting its efforts to persuade the public to put its trust in the state’s own health programs,” writes Alex Berezow, Ph.D., a senior fellow of biomedical science at the American Council on Science and Health. 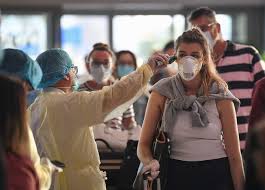 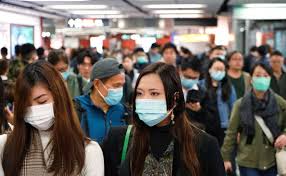 What are the symptoms of the new coronavirus? 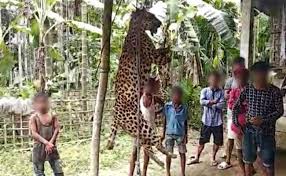