effect on the freedom of speech and expression: Petition in Supreme Court

New Delhi: Senior journalist N Ram, advocate Prashant Bhushan and former Union Minister Arun Shourie moved the Supreme Court Saturday challenging the Contempt of Courts Act, which they said had a “chilling effect on the freedom of speech and expression” as guaranteed by the Constitution.
Describing the 1971 act as “unconstitutional and against the basic structure of the Constitution”, the petitioners asked the court to quash certain provisions.

The petition argued that “the impugned sub-section is unconstitutional as it is incompatible with values (of the Preamble) and basic features of the Constitution” and, further, that it is “unconstitutionally and incurably vague, and manifestly arbitrary”.

“…by criminialising criticism of the court in sweeping and absolute terms, the impugned sub-section raises a prior restraint on speech on matters of public and political importance,” it stated.

The challenge to the Contempt of Courts Act comes days before the top court is to hear contempt proceedings against Mr Bhushan over serious allegations against the judiciary.ট

Meanwhile, Mr Bhushan also moved the court over the contempt case against him, wanting the order to be recalled. He said the court had initiated proceedings based on a petition by advocate Mahek Maheshwari that, he said, was illegal and had to be cancelled.

Mr Bhushan’s petition said Mahek Maheswari did not obtain permission from the Attorney General, which is a must for filing contempt petitions.

It was initially indicated that the Supreme Court took up the contempt case against Mr Bhushan on its own. It was later found out that it was based on a petition by Mahek Maheswari.

The matter is to be heard next on August 4.

Mr Bhushan has a second contempt proceeding against him – a 11-year-old case over comments to a news publication on former Chief Justices of India.

Meanwhile, as many as 131 personalities, including former judges, authors, former government servants and journalists, opposed the court move’s and wanted proceedings against Mr Bhushan to be dropped.

A statement from them said: “We cannot countenance a situation where citizens live in fear of the Court’s arbitrary power to punish for contempt for words of criticism on the conduct of judges, in or out of court”.

N Ram and Arun Shourie have also had contempt proceedings against them in the past.

The senior journalist had to face one in the Kerala High Court over publication of court proceedings in the Kollam liquor tragedy case. Mr Shourie faced a contempt case over an article about the Justice Kuldip Singh commission; the court finally ruled that the article did not amount to contempt of court. 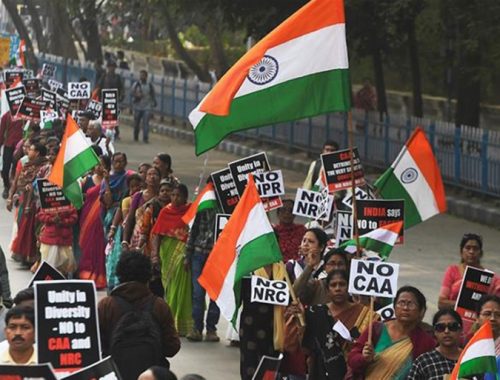 With new NGO curbs, government signals it won’t let anyone demand that it protect rights of Indians