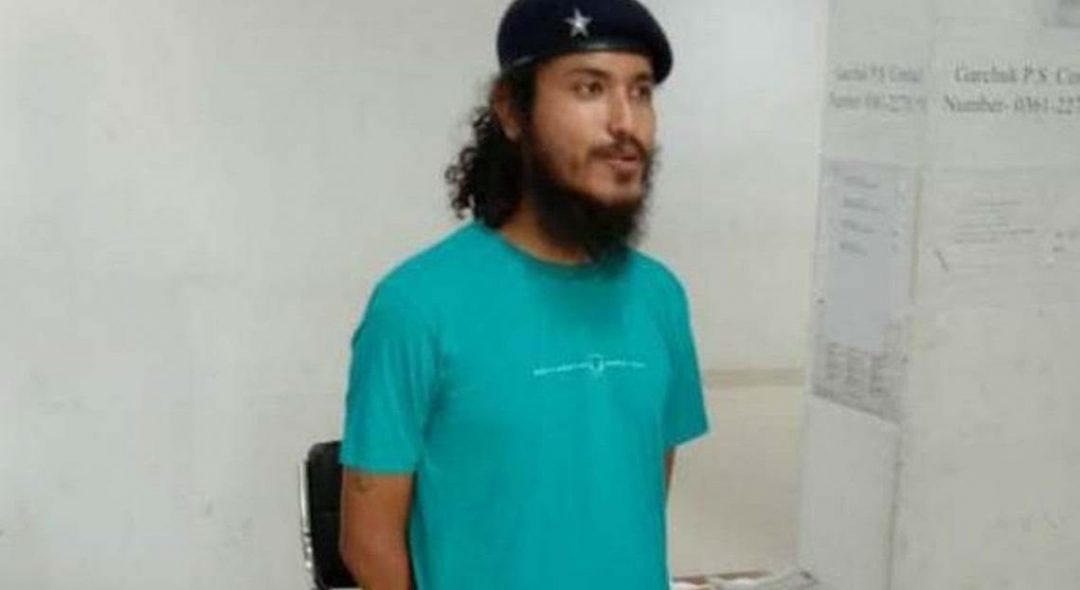 UN : India’s IT rules don’t conform to global rights norms
TNN & Agencies |
Get Notifications on latest Business News
NEW DELHI: UN Special Rapporteurs have written to the Indian government saying that India’s Information Technology (Intermediary Guidelines and Digital Media Ethics Code) Rules, 2021, in their current form, do not conform with international human rights norms.
They also “recalled” in a report that restrictions to freedom of expression must never be invoked as a justification for the muzzling of any advocacy of multi-party democracy, democratic tenets and human rights. The report also said consultations with relevant stakeholders on the issue are essential in order to ensure the “final text is compatible with India’s international legal obligations”. The observations were made in Mandates of the Special Rapporteur on the promotion and protection of the right to freedom of opinion and expression, the Special Rapporteur on the rights to freedom of peaceful assembly and of association and the Special Rapporteur on the right to privacy.

The report said as a global leader in technology innovation, India has the potential to develop a legislation that can place it at the forefront of efforts to protect digital rights. However, the substantially broadened scope of the Rules is likely to do just the opposite, it said.
“We would therefore encourage the government to take all necessary steps to carry out a detailed review of the Rules and to consult with all relevant stakeholders, including civil society dealing with human rights, freedom of expression, privacy rights and digital rights”, the report said.
“We understand the new Rules were issued under the Information Technology Act of 2000 and therefore, were not subject to parliamentary review or open for consultation with stakeholders. We believe such consultations with relevant stakeholders are essential in order to ensure the final text is compatible with India’s international legal obligations, in particular with Articles 17 and 19 of the ICCPR,” it added.

Don’t need lectures from US cos on free speech: Prasad
Union law and telecommunications minister Ravi Shankar Prasad reiterated at an online lecture on Saturday that the guidelines issued by the Centre for social media companies came after a direction from the Supreme Court, adding that the instructions were essential to stop “misuse” of social media.
He also warned Twitter that India “does not need lectures on freedom of expression” from profitable American corporations and operating in India implies obeying Indian law. 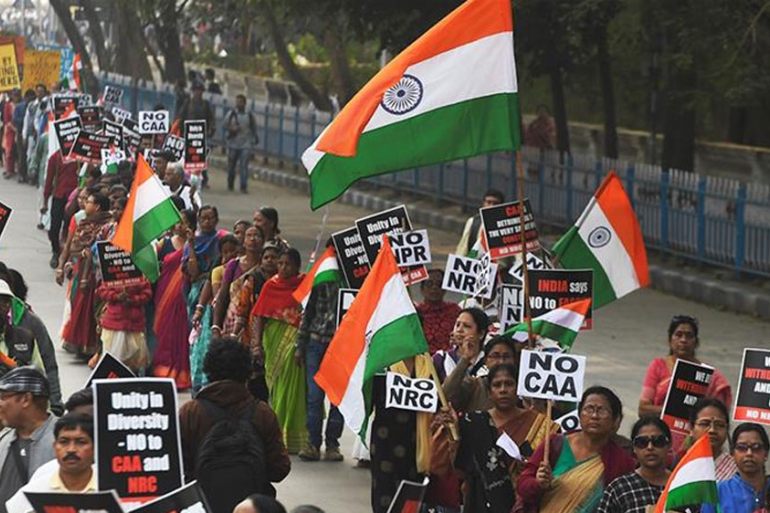 With new NGO curbs, government signals it won’t let anyone demand that it protect rights of Indians

These moves will have a chilling effect on the constitutionally guaranteed rights to freedom of association, expression and assembly.
By Prerna Dhoop & Vandana Dhoop

Members of the Bharatiya Janata Party’s student wing protest against Amnesty in Bangalore in August, 2016. | Sajjad Hussain/AFP
On September 29, the Ministry of Home Affairs issued a press release stating in uncertain terms how it viewed the operations of the human rights advocacy group Amnesty India.

“All the glossy statements about humanitarian work and speaking truth to power are nothing but a ploy to divert attention from their activities which were in clear contravention of laid down Indian laws,” the release alleged. “…India has a rich and pluralistic democratic culture with a free press, independent judiciary and tradition of vibrant domestic debate. The people of India have placed unprecedented trust in the current government. Amnesty’s failure to comply with local regulations does not entitle them to make comments on the democratic and plural character of India.”

Earlier in the day, Amnesty India, the local arm of the international rights organisation Amnesty International, said it had been forced to halt its operations because of a “witch-hunt” by the Indian government over “unfounded and motivated allegations” that resulted in its ban accounts being frozen.

Days before, on September 21, the Lok Sabha amended the act regulating how non-governmental organisations can receive foreign funds, ostensibly with the aim of “strengthening the compliance mechanism, enhancing transparency and accountability in the receipt and utilisation of foreign contribution”.

The Foreign Contribution (Regulation) Amendment Bill 2020 and the freezing of Amnesty’s accounts are not unrelated.

Chilling effect
To begin with, by creating overbroad, vague restrictions for NGO funding and operations, these moves will have a chilling effect on the constitutionally guaranteed rights to freedom of association, expression and assembly.

With the amendments, the government has expanded governmental discretion, bureaucratic control and oversight with respect to the day-to-day functioning of NGOs in India. For instance, it has reduced the cap on administrative expenses from the previous 50% of the funds received to 20%. It has also made it mandatory for organisations across India to receive all FCRA money only through an account in a Delhi branch of the State Bank of India, Delhi. It has also mandated the submission of a statement of expenses four times a year.

Under the garb of ensuring transparency and accountability, the government is seeking to choke NGOs with red tape so that they are unable to do their humanitarian work.

The FCRA amendment disallows Amnesty and other civil society organisations that receive foreign contributions from supporting the work of other NGOs. This makes it more difficult for grassroots NGOs that are independent of government, business, religion and political groups to operate in India.

With this, the government’s move has choked Covid-19 aid from flowing to the remotest corners of the country.

Amnesty’s office in Bengaluru.
But most of all, the government has made it clear that it will view with suspicion any organisations that seek to uphold the fundamental values of dignity, freedom, justice and equality for all. It will not allow any organisation to hold it to account and to demand that it protect and respect the rights of Indians.

That is evident from the manner in which it has choked the operations of Amnesty, an organisation that has used the international human rights principle of “naming and shaming” to compel states to comply with their obligations under human rights treaties.

In recent months, Amnesty India has issued reports that question the government about rights violations during the Delhi riots in February and about the situation in Kashmir after the abrogation of Article 370. In addition, it has engaged in advocacy, lobbying and campaigning; written letters, petitioned and protested against human rights abuses in India.

Repressing freedom
The passage of the FCRA Amendment Bill, 2020 and the actions against Amnesty place India next to only Russia, where the government has used the Foreign Agents Law, 2012 and Undesirable Organisations Law, 2015 as a weapon to repress freedom of association and expression. These laws have been used to pursue a systematic campaign against human rights organisations and NGOs in the country. In 2016, Amnesty was forced to suspend its operations in Russia.

Russia’s actions run contrary to the advice that was offered by Rabindranath Tagore during a visit to the Soviet Union. The Indian said that the Soviets should construct a social and political system that permits disagreement because, it would not only be an uninteresting but a sterile world of mechanical regularity if all our opinions were forcibly made alike”.

As Tagore also noted, “Opinions are constantly changed and rechanged only through the free circulation of intellectual forces and moral persuasion…Freedom of mind is needed for the reception of truth; terror hopelessly kills it.”

I would serve Prime Minister Narendra Modi well to pay heed to Tagore too and acknowledge the existence of differences of opinion.

Prerna Dhoop is a human rights lawyer based in Kolkata.
Vandana Dhoop is an independent researcher

effect on the freedom of speech and expression: Petition in Supreme Court

New Delhi: Senior journalist N Ram, advocate Prashant Bhushan and former Union Minister Arun Shourie moved the Supreme Court Saturday challenging the Contempt of Courts Act, which they said had a “chilling effect on the freedom of speech and expression” as guaranteed by the Constitution.
Describing the 1971 act as “unconstitutional and against the basic structure of the Constitution”, the petitioners asked the court to quash certain provisions.

The petition argued that “the impugned sub-section is unconstitutional as it is incompatible with values (of the Preamble) and basic features of the Constitution” and, further, that it is “unconstitutionally and incurably vague, and manifestly arbitrary”.

“…by criminialising criticism of the court in sweeping and absolute terms, the impugned sub-section raises a prior restraint on speech on matters of public and political importance,” it stated.

The challenge to the Contempt of Courts Act comes days before the top court is to hear contempt proceedings against Mr Bhushan over serious allegations against the judiciary.ট

Meanwhile, Mr Bhushan also moved the court over the contempt case against him, wanting the order to be recalled. He said the court had initiated proceedings based on a petition by advocate Mahek Maheshwari that, he said, was illegal and had to be cancelled.

Mr Bhushan’s petition said Mahek Maheswari did not obtain permission from the Attorney General, which is a must for filing contempt petitions.

It was initially indicated that the Supreme Court took up the contempt case against Mr Bhushan on its own. It was later found out that it was based on a petition by Mahek Maheswari.

The matter is to be heard next on August 4.

Mr Bhushan has a second contempt proceeding against him – a 11-year-old case over comments to a news publication on former Chief Justices of India.

Meanwhile, as many as 131 personalities, including former judges, authors, former government servants and journalists, opposed the court move’s and wanted proceedings against Mr Bhushan to be dropped.

A statement from them said: “We cannot countenance a situation where citizens live in fear of the Court’s arbitrary power to punish for contempt for words of criticism on the conduct of judges, in or out of court”.

N Ram and Arun Shourie have also had contempt proceedings against them in the past.

The senior journalist had to face one in the Kerala High Court over publication of court proceedings in the Kollam liquor tragedy case. Mr Shourie faced a contempt case over an article about the Justice Kuldip Singh commission; the court finally ruled that the article did not amount to contempt of court.