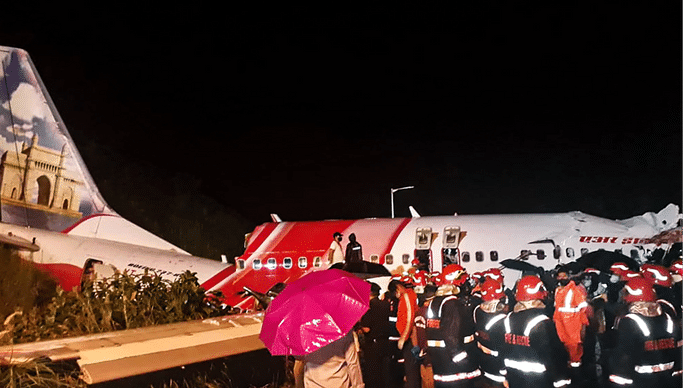 Air India Boeing skidded off the runway and broke into pieces in Kerala: 18 Killed including both pilots

The pilots of the Boeing 737 aborted two landings due to tailwind and circled the airport several times before the final landing, which saw the plane overshoot the runway and roll 35 feet downslope.

New Delhi/Thiruvananthapuram: An Air India special assistance team has reached Kerala to coordinate relief and counselling for families members of the 190 people who were on board the Air India Express flight from Dubai that crashed at Kozhikode airport on Friday evening. Eighteen people, including both pilots, were killed after the Boeing 737, skidded off the runway and broke into pieces during a landing attempt at the Kozhikode airport.

The special assistance team, called “Angels of Air India”, were flown from Mumbai to coordinate relief and counsel the injured passengers as well with the family members of the injured as well as dead passengers, Air India Express said.

Two special relief flights have been arranged from Delhi and one from Mumbai for humanitarian assistance to all the passengers and their family members, Air India Express, a wholly-owned subsidiary of the national carrier, said.

“The Emergency Response Director is coordinating with all the agencies in Calicut (Kozhikode), Mumbai as well as Delhi, Dubai for effective emergency response,” it said in a statement.

“The Chairman and Managing Director of Air India, Chief Executive Officer of Air India Express, Chief of Operations as well as the Chief of Flight Safety of Air India have already reached Calicut,” it said.

The pilots of the Boeing 737 aborted two landings due to tailwind and circled the airport several times before the final landing, which saw the plane overshoot the runway and roll 35 feet downslope. The Kozhikode airport has a tabletop runway, one of those located on the top of a plateau or hill with one or both ends adjacent to a steep precipice which drops into a deep gorge.

The airport is located on a hill, and several international airlines had stopped flying bigger aircraft including Boeing 777 and Airbus A330 jets into Kozhikode due to safety issues over the length on the runway.

“According to weather radar, approach was for runway 28 but as pilots found difficulties they went around twice and came from the opposite side on runway 10 and the plane crash-landed,” news agency ANI quoted an investigator of the Directorate General of Civil Aviation (DGCA) as saying.

The Air India Express flight IX-1344 from Dubai to Calicut was operating under the Vande Bharat Mission to repatriate Indians stranded abroad because of coronavirus lockdowns. The Air India Express, a wholly owned subsidiary of Air India, has only B-737 aircraft in its fleet.

There were 184 passengers on the plane, including 10 babies and 4 cabin crew members. Many passengers were workers returning home after losing their jobs due to the pandemic. 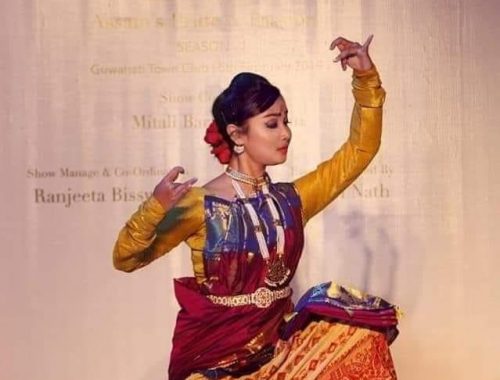 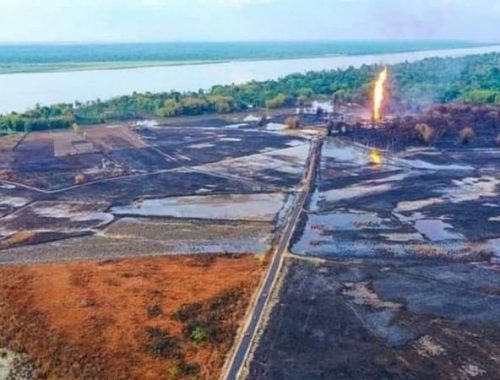 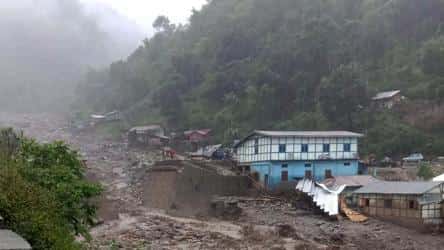 At least 8 people, including 8-month-old, killed in Arunachal Pradesh landslides