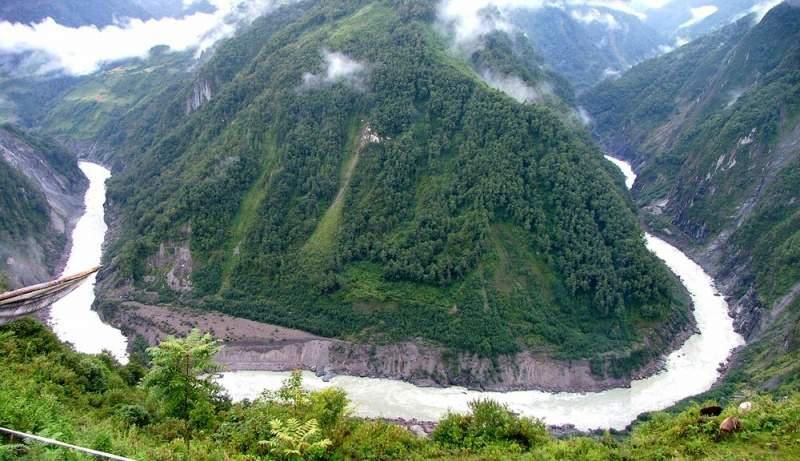 A dam at the Great Bend would raise fresh concerns considering its location just across the border from Arunachal Pradesh.

China’s media reported on Sunday that authorities have given the go-ahead for a Chinese hydropower company to construct the first downstream dam on the lower reaches of the Brahmaputra river, or Yarlung Zangbo as it is known in Tibet, marking a new phase in China’s hydropower exploitation of the river with potential ramifications for India.

A report in the Chinese media said the State-owned hydropower company POWERCHINA had last month signed “a strategic cooperation agreement” with the Tibet Autonomous Region (TAR) government to “implement hydropower exploitation in the downstream of the Yarlung Zangbo River” as part of the new Five-Year Plan (2021-2025).

China in 2015 operationalised its first hydropower project at Zangmu in Tibet, while three other dams at Dagu, Jiexu and Jiacha are being developed, all on the upper and middle reaches of the river. The report said this will be the first time the downstream sections of the river will be tapped.

Yan Zhiyong, POWERCHINA’s chairman, told a conference of the China Society for Hydropower Engineering last week that “there is no parallel in history” and the downstream reaches of the river offered “a historic opportunity for the Chinese hydropower industry”, the Communist Party-run Global Times newspaper reported.

The report did not mention the location of POWERCHINA’s planned downstream project, but quoted Mr. Yan as talking about the particular potential offered at the “Great Bend” of the Brahmaputra and at the Yarlung Zangbo Grand Canyon in Medog county, where the river falls spectacularly over a 2,000 metre-drop and turns sharply to flow across the border into Arunachal Pradesh.

He said this 50-km section alone offered the potential of developing 70 million kWh “which equals more than three Three Gorges power stations”. He said “the 60-million kWh hydropower exploitation at the downstream of the Yarlung Zangbo River could provide 300 billion kWh of clean, renewable and zero-carbon electricity annually” and the project “will play a significant role in realising China’s goal of reaching a carbon emissions peak before 2030 and carbon neutrality in 2060”.

“It is a project for national security, including water resources and domestic security,” he was quoted as saying.

It remains unclear whether technical feasibility studies for the downstream dams will be approved, as POWERCHINA is not the first hydropower company to push for ambitious dams downstream on the Zangbo.

Chinese hydropower groups have long campaigned to tap the “Great Bend”, but projects have so far not taken off over concerns over the technical feasibility in the steep Yarlung Zangbo Grand Canyon.

India has expressed concerns to China over the four dams on the upper and middle reaches, though Indian officials have said the dams are not likely to impact the quantity of the Brahmaputra’s flows in India greatly because they are only storing water for power generation and the Brahmaputra is not entirely dependent on upstream flows with an estimated 35% of its basin is in India.

A dam at the Great Bend, if approved, would raise fresh concerns considering its location downstream and just across the border from Arunachal Pradesh 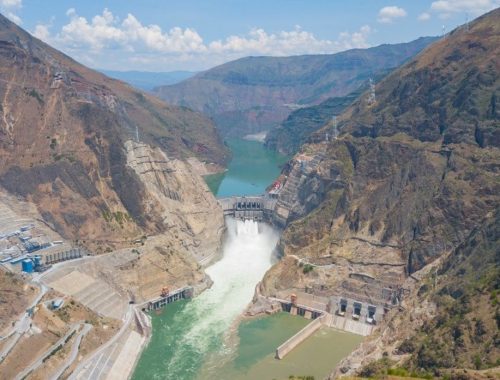