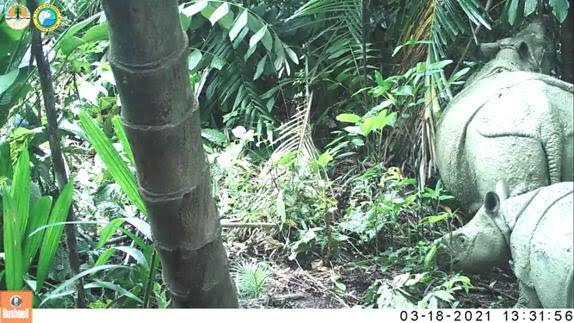 Indonesia has announced sightings of two Javan rhino calves this year in Ujung Kulon National Park, the last place on Earth where the critically endangered species is found.
The new additions bring the estimated population of the species to 73; conservationists have recorded at least one new calf a year joining the population since 2012.
Despite the stable population growth, the rhinos remain under the looming threat of disease, natural disaster, and a resurgence in encroachment.
JAKARTA — Conservation officials in Indonesia have reported a sighting of two new Javan rhinoceros calves, boosting hopes for stable population growth of the nearly extinct species.

The calves, a female and a male, were spotted on different occasions in March by camera traps in Ujung Kulon National Park on the western tip of Indonesia’s Java Island, the Javan rhino’s (Rhinoceros sondaicus) last habitat on Earth.

The addition of the two calves brings the species’ total population to 73 individuals, comprising 40 males and 33 females. There has been at least one newborn Javan rhino calf recorded every year since 2012, according to the International Rhino Foundation (IRF).

“The steady natural birth of the Javan rhinoceros in Ujung Kulon National Park indicates the success of the full protection policy implemented across its habitat in the park,” the Indonesian environment ministry said in a statement issued June 12.

A Javan rhino calf spotted on camera trap in Ujung Kulon National Park on March 27, 2021. Image courtesy of the Indonesian Ministry of Environment and Forestry.

A Javan rhino calf spotted on camera trap in Ujung Kulon National Park on May 16, 2021. Image courtesy of the Indonesian Ministry of Environment and Forestry.
The species once ranged north through mainland Southeast Asia, as far as eastern India. But its population was hammered by poaching and human encroachment into its habitat. The Javan rhino’s last safe haven is Ujung Kulon, where strict protection has meant there have been no reported poaching attempts in more than 20 years. This is thanks largely thanks to the work of patrol teams known as rhino protection units.

However, rhino experts have highlighted other threats to the habitat, such as illegal fishing and lobster trapping in the protected waters of the park. The Indonesian government in May 2020 resumed the catching of lobster larvae from the wild for export, effectively opening up the shores of Ujung Kulon to fishers.

Ujung Kulon also sits in the shadow of Anak Krakatau, the active volcano left over from the historic eruption of 1883. In December 2018, a massive eruption tore off part of the slope and sent it sliding into the sea. This generated a tsunami that hit Ujung Kulon and nearby areas, killing more than 400 people, including two park officials. The rhinos were far inland and unharmed during the incident.

But the prospect of a single catastrophic event wiping out the last remaining population of the species, whether a tsunami or a disease outbreak from neighboring livestock herds, has led to calls for finding another suitable habitat in which to establish a new Javan rhino population. While these plans have been discussed for years, no alternative site has been chosen, with the Indonesian government instead opted to expand the usable habitat within Ujung Kulon.

A decade ago, the Javan rhino population was estimated at fewer than 50 individuals. The last of the species outside Java were believed to occur in Vietnam, but were declared extinct there in 2010 due to poaching. 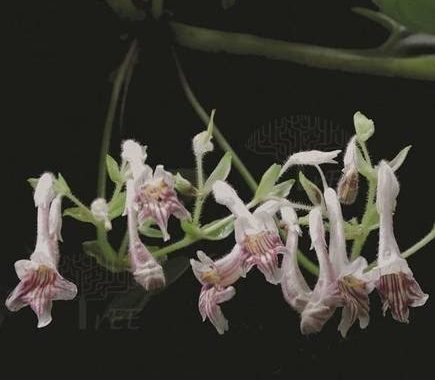