The Roof of Bhutan: the Majestic Hidden Land of Laya

Laya, nestled high in the mountains at nearly 4,000 metres, is arguably one of Bhutan’s most stunning and culturally preserved places. Surrounded by euphoric views of mountains towering more than 6,000 metres above sea level, including Gangchen Tag, Tshendegang and Masagang, the majestic hidden land of Laya is as breathtaking as it is humbling.

My love affair with Laya began in 2012 when I trekked, part of the epic snowman trek, from Paro to Jumolhari base camp, Lingshi, Laya, and Gasa. It was hard not be immediately, irrevocably taken by Layaps and their unique pastoralist culture and semi-nomadic way of life in this picturesque mountain valley. A one-day stop on this awesome trek turned into a three-day ethnographic learning experience, one that I will cherish forever. For this was Laya, before the introduction of electricity, television, mobile coverage, internet, corporate-sponsored travel bloggers, and the fast-approaching road that is due to reach the semi-pastoralist town in the next couple of years. A culturally preserved community off the beaten path, it was, and continues to be, an awe-inspiring destination for any conscientious anthropologist or adventurer in search for an authentic cultural experience.

Four years after my initial trip to Laya, with extraordinary and unforgettable memories to reverently reflect back on, I was excited to learn that the very first Royal Highland Festival and pioneering Laya Run was being organised in 2016 (a pilot and precursor for the forthcoming Snowman Run). Spearheaded by the Gasa Dzongdag, the historic event was inspired by the vision and passion of His Majesty Jigme Khesar Namgyal Wangchuck, the Fifth King of Bhutan, under the initiative: A Good to Great Gasa.

Perched high on the festival grounds above the main town, the Royal Highland Festival highlights the richness and spirituality of Layap culture and traditions, including clothing, dance, music, handicrafts, food, sports, games, livestock and pastoralist practices. The highlight of the festival was meeting His Majesty The Fifth King, who graced the historical inauguration of the first-ever Royal Highland Festival, as well as the following year. As festival goers sang and danced around massive bonfires that sent bright sparks floating into the crisp Himalayan night under a glittering star-studded night sky, I could not help but pinch myself. What a special place. What an awesome night. What a moving experience. Life would never be the same again.

The majestic snow-capped mountains emerged as the clouds gently ceded to reveal a fresh sprinkling of glistening snow dusting the stunning peaks and framing the wide-open festival grounds which were dotted with black yak wool tents. Indicating the increasing popularity of the event, last year saw a surge in the numbers of foreign dignitaries, tourists, Bhutanese officials, and thousands of people from all over the country who attended the second Royal Highland Festival. It was a happy and festive celebration of the rich highland culture and pastoralist ways of life, as showcased by Layaps, as well as women, men and children from nomadic communities from Lunana, Merak-Sakteng in Trashigang, Trashiyangtse, Paro, Lhuentse, Haa and Sephu in Wangdue.

With pleasant weather during the second day of the festival, the festival ground echoed with laughter and the sounds of festivities, such as traditional dance performances, strongmen/strongwomen competition, wrestling competition, relay races, children’s activities, cultural tents dedicated to highlighting nomadic artefacts and products, the enticing aroma of Bhutanese cuisine drifting from food tents, and livestock and animal competition showcasing prized yaks, horses and Bhutanese mastiffs, a noble breed of dogs bred only in the highlands.

The comical wrestling competition drew tonnes of laughter as the competitors joked, poked fun at each other and danced and rolled around on the ground in mock combat. I participated in the three-legged race, which literally brought together ankle-bound foreigners and Bhutanese from the highlands and other regions across the country. The festival grounds were a treat for the senses. Every year, highlanders eagerly await the festival to gather and meet friends and family. Tourists get a rare glimpse of pastoralist culture and way of life, and photographers capture heavenly landscapes and iconic portraits of the highlands of Bhutan.

The next day, as the skies opened up to reveal the full impact of the dazzling snow-capped mountains reflected against the warmth of the brilliant sun, set against the clear, deep turquoise blue of the sky, I was saddened that most runners and tourists had already left Laya after the festival, missing the spectacular scenery that was hidden by partially cloudy conditions the day before. For the next three days, I had the opportunity to experience Laya under the warmth of the sun and azure blue skies, without the crowds, and enjoyed the warmth and hospitality of Layaps. During my stay, I learned more about Layap culture, spiritual practices and pastoralist way of life in the context of change brought about by the new-found pressures of modernisation, development, globalisation, climate change and tourism.

Ethical and Mindful Travel to Laya and Beyond

As word spreads about unique and special off-the-beaten-path locations in northern and eastern parts of Bhutan, the Royal Highland Festival and other less frequented venues are likely to draw a greater number of foreign tourists this year and into the future. However, the ability to visit culturally preserved communities comes with great responsibility and the need for profound mindfulness. Several experienced Bhutanese tour operators have been organising trips to Laya and other off-the-beaten locales for many years. Such tour operators are highly recommended for foreign tourists, as they understand the critical need for ethical and culturally sensitive travel which sincerely respects local social norms and customs that exist in culturally fragile locales, as well as the importance of treading lightly to preserve and respect local culture, ecologies and spiritual practices of unique, unfrequented areas in Bhutan. By doing so (right from making bookings directly with Bhutanese tour operators to ensuring on-line booking apps are Bhutanese owned and operated), revenue from tourism will remain in Bhutan to benefit the sustainable development of the nation and local communities, as encapsulated in the holistic alternative development approach of Gross National Happiness – far more robust than conventional corporate social responsibility models that donate a share of profits from tourism to charity, but focus on mass consumerism, limitless growth, and the unequal sharing of profits with local partners and communities. For me, Laya remains a phenomenal place that I have had the honour of visiting three times over the span of half a decade. One of my favourite places in Bhutan, it is deeply special, unique and humbling. Through ethical, respectful, holistic, and responsible eco-tourism, we can ensure that it will remain that way for generations to come.

As I write this, I find myself again drawn to the magic of Laya: I am getting ready to take part in the 3rd Royal Highland Festival and Laya Run. If the first two years of the festival are any indication, this year will be likely be even more enchanting and action-packed. If you have not visited Laya yet, this is a great opportunity to do so.

The Royal Highland Festival will take place in Laya this year from October 23rd to 24th. The festival always happens in conjunction with the much sought-after Laya Run, a 25-kilometer cross-country high-altitude alpine race from Gasa to Laya (taking place on October 23rd).

Senior researcher and strategic adviser for the Tarayana Centre for Social Research and Development, and Founder/Director of Out of the Box Research and Action. 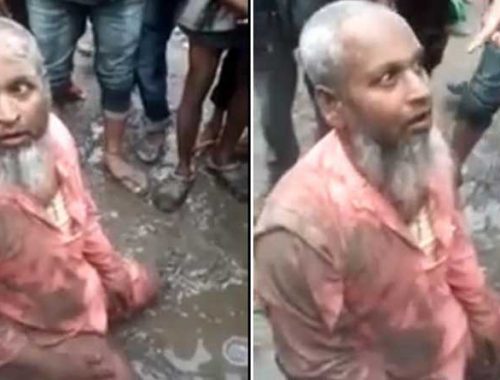 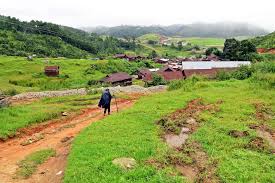